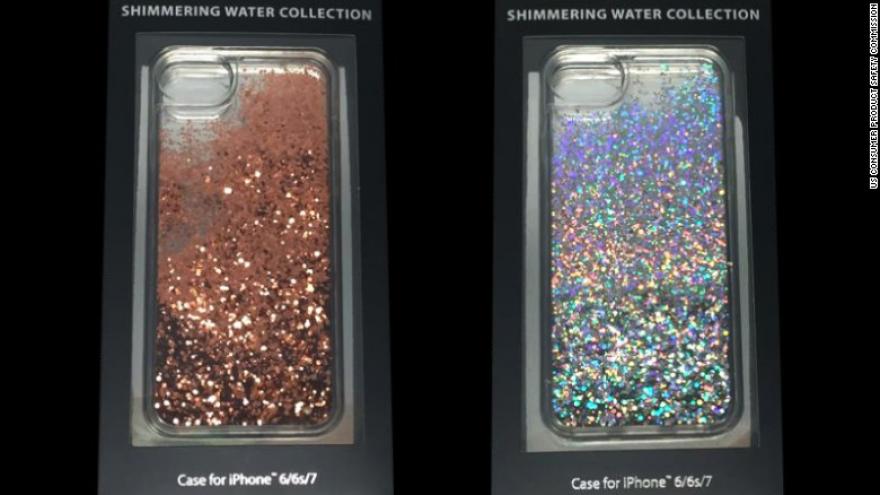 (CNN) Nearly 275,000 iPhone cases that contain glitter suspended in liquid are being recalled after reports of leakage that caused burns and skin irritation.

The company announced the recall after 24 reports worldwide of skin irritation or chemical burns. Nineteen of the reports came from the United States, according to the US Consumer Product Safety Commission.

If the case cracks or breaks, the liquid can leak out and come into contact with people's skin, MixBin said in a statement. One consumer reported permanent scarring from a chemical burn, according to the Consumer Product Safety Commission. Another consumer reported chemical burns and swelling to her leg, face, neck, chest, upper body and hands, the commission said.

The plastic cases were made in China.

Customers should immediately stop using the recalled cases and contact MixBin for a refund, according to the commission's report.

You can check if your phone case is affected at the company's website.