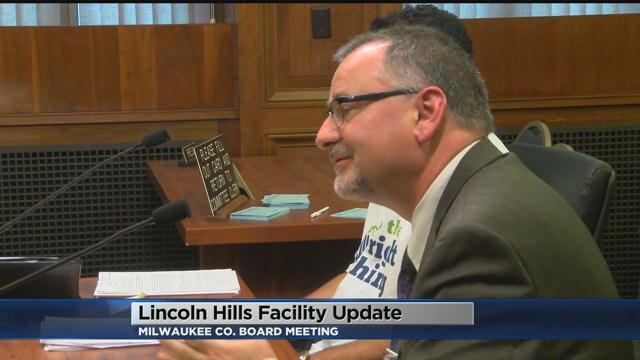 Pressure has been building from city and county officials to address the serious issues that have surfaced at Lincoln Hills in the past year.

A county board committee received an update this morning from a top official.

The administrator with Lincoln Hills was at Wednesday’s meeting to update supervisors on the progress at Lincoln Hills.

During a question and answer period, some troubling information was released.

Administrator Mark Mertens reported a rise in suicide attempts at the facility.

He said they are now under capacity at Lincoln Hills and the crisis situation is now quote "manageable."

Mertens said there are still grave concerns about how the children there are treated.

He said attempted suicide is one way these kids try to get into solitary confinement.

"There are still um racially inappropriate comments being made to our youth and that they prefer to be in segregation to having to be in general unit where they feel they're not treated as well,” Mark Mertens, administrator Lincoln Hill said.

Supervisors said they were disappointed to just be learning of this situation at today's meeting.  Some expressed a strong desire to close the facility.