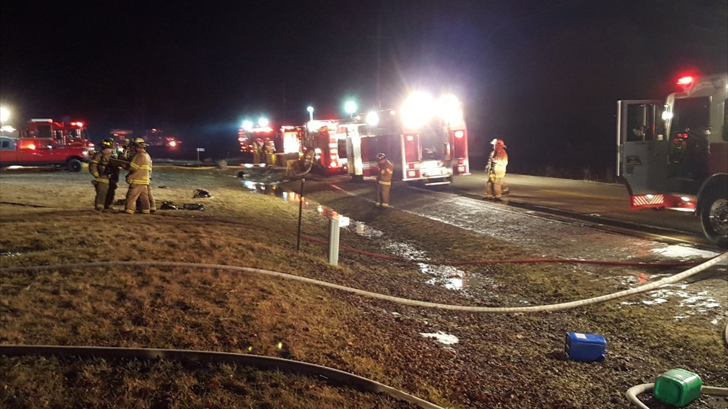 Lightning strikes are believed to be the cause of two rural fires overnight.

Around 11:50 PM Sunday, fire was reported in a Washington County home  near the intersection of Highland Drive and Ridge Road in the Town of Barton.  When Washington County Deputies arrived on scene, they saw smoke coming from the attic and roof area of the house.  They helped an adult, child and dog get out of the house unharmed.  Firefighters from Kohlsville, Kewaskum, Allenton and West Bend were able to put out the fire in about an hour, but not before it caused approximately $100,000 damage to the home.    Investigators suspect lightning struck the house, blowing a large hole in the roof where a tall metal pole with supports had been attached.  The pole was found in the attic.  The residents reported a loud bang just before the smoke detectors went off.  There had been storms in the area at the time of the fire.