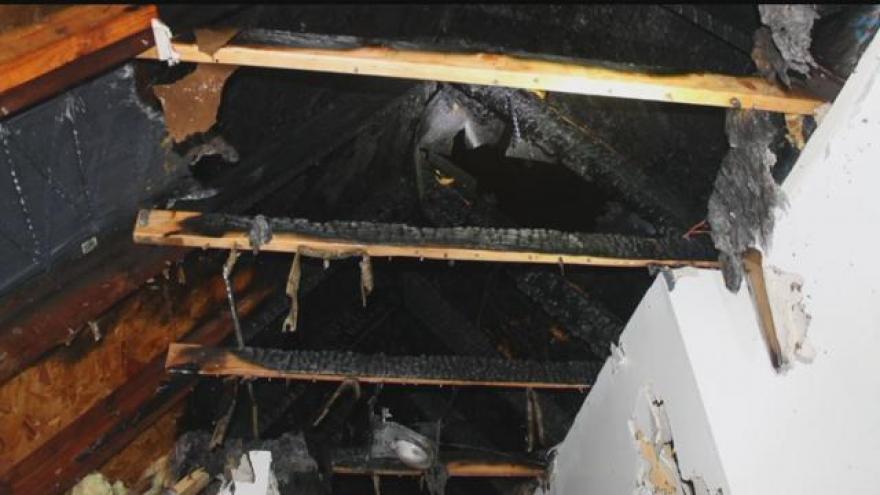 Lightning strikes are to blame for at least three house fires in the Milwaukee metro area this morning.

A lightning strike is believed to have sparked a fire in a house at N 62nd Street and W Garfield Avenue in Wauwatosa around 2:25 AM.   The Wauwatosa Fire Department says the two residents of the home were able to get out safely.  The fire was confined to the attic of the home.   An estimate of damage is not available.   The Red Cross is assisting the two people who lived in the home.   According to fire authorities, crews had to deal not only with rain but also hail while fighting the fire.

One neighbor who did not want to be identified said that the storm woke her up.

“It was thundering. It was lightning. It was almost something from a horror movie because the weather was just so crazy. And we saw these red lights just passing by my house and we were like there must be some incident and it was quite a commotion,” she said.

A lightning strike is being blamed for another house fire  in Franklin early this morning.   The fire was reported around 2:10 AM in a newly built home on Wild Flower Court near S 68th Street.  According to the Franklin Fire Department, neighbors spotted fire on the roof of home and notified the four occupants who were able to get out of the house unharmed.   Fire fighters from five different departments responded to the fire.  The fire damaged the roof and attic of the home, but the amount of dollar damage has not been determined.

In Waukesha, a lightning strike sparked a fire in a home in the 1700 block of Rock Ridge Way, causing only minor damage.  The Waukesha Fire Department was called to the fire around 2:15 AM.  Damage is estimated  at about $7,000.  No one was injured in the fire.