Light to briefly moderate snow has moved into areas along and south of I-94 this evening. So far the snow has been accumulating on grassy surfaces, but has been melting on the pavement as temps are slightly above freezing at the moment. 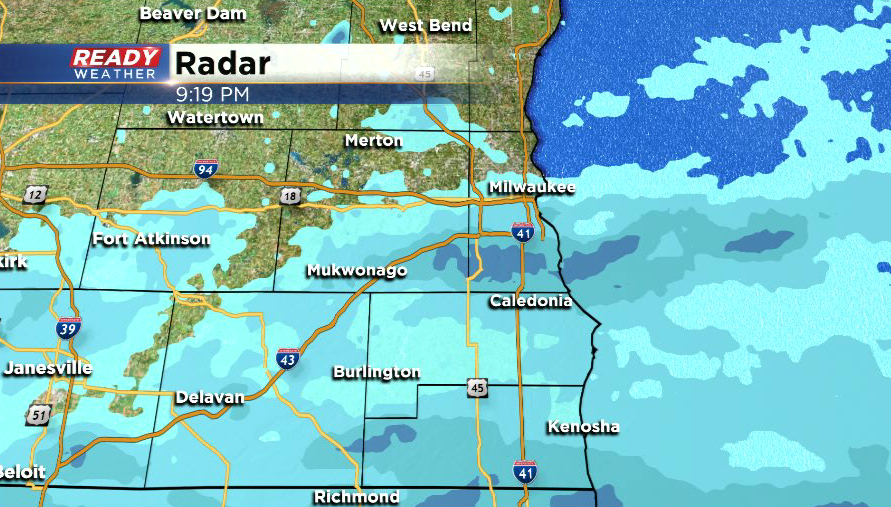 Visibility is being reduced to 1-3 miles because of the snow. 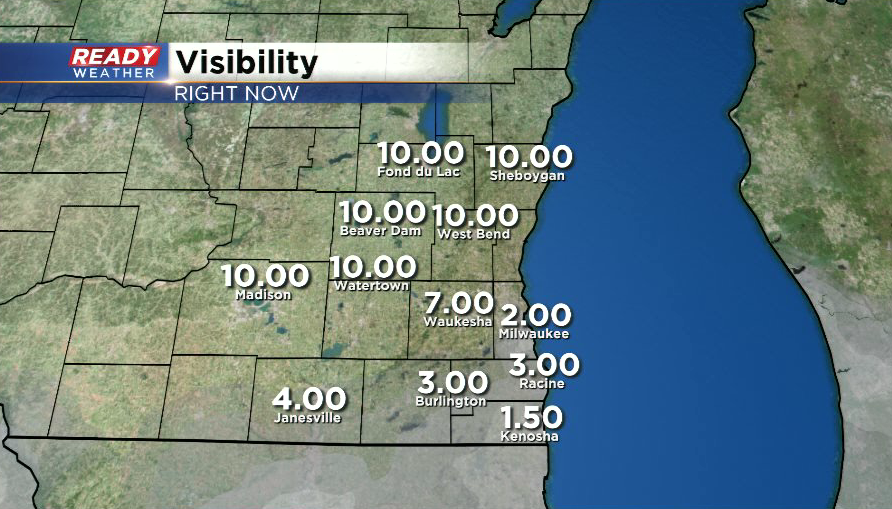 Counties along the WI/IL border will likely pick up an inch of wet snow, with around a half inch or so in Milwaukee. 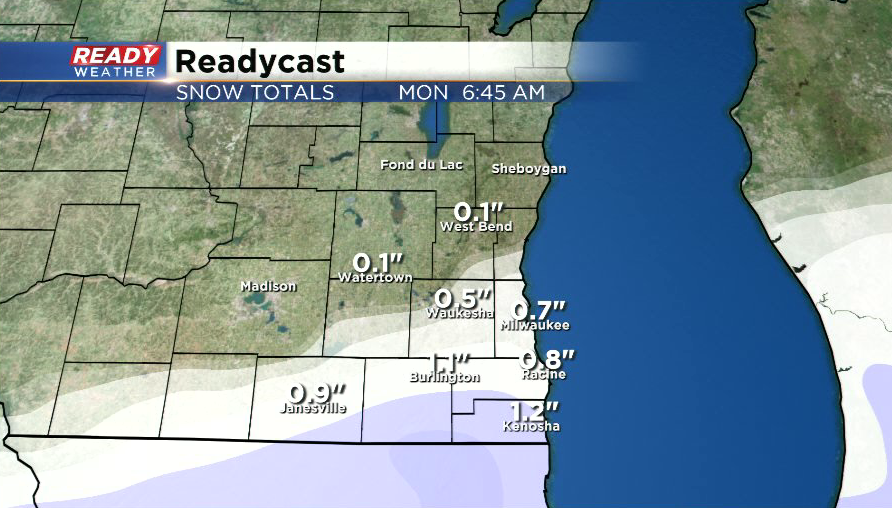 While the snow is melting on roads right now, temps will slip just below freezing overnight so slippery spots are possible early Monday morning.

While we've been dry and cool throughout the day today, light, wet snow is approaching southern Wisconsin. 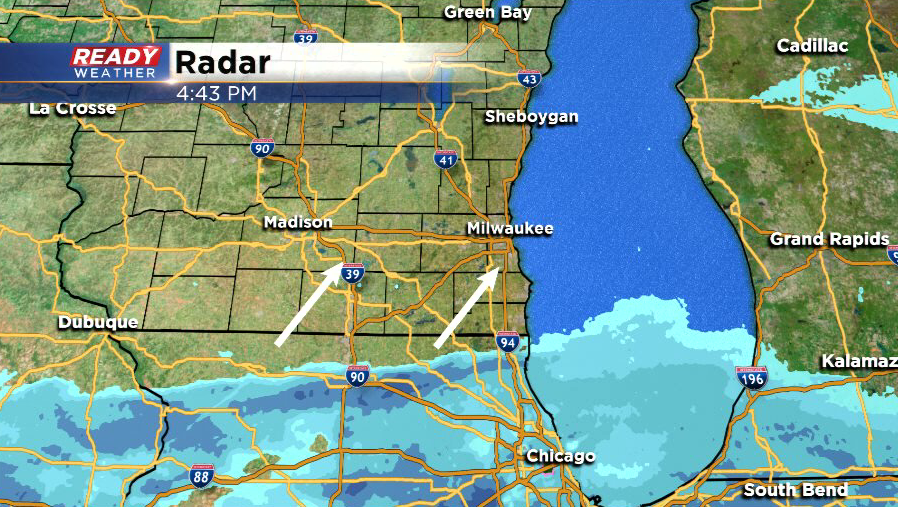 This wet snow will battle with some dry air we have in place, so folks north of Milwaukee and Waukesha counties likely won't see much, if any, snow. 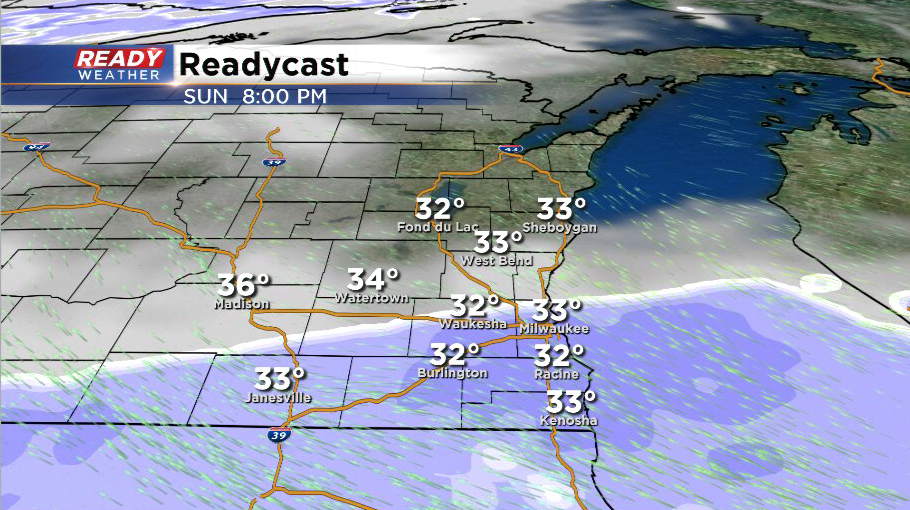 Snow will come to an end after 1 a.m. with patchy slippery spots possible early Monday morning as temperature drop close to the freezing mark. 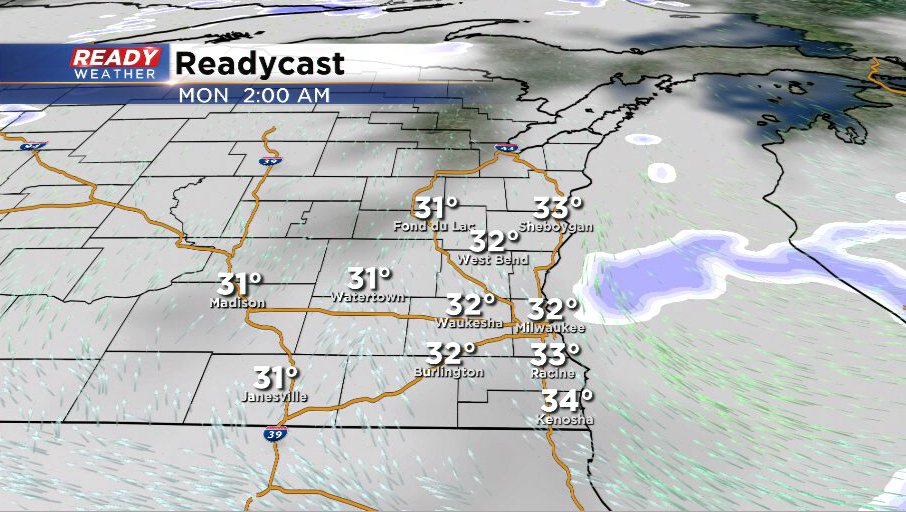 A dusting to half inch of slushy accumulation is expected for most areas along and south of I-94, but up to 1" of snow is possible in Kenosha and southern Walworth counties. 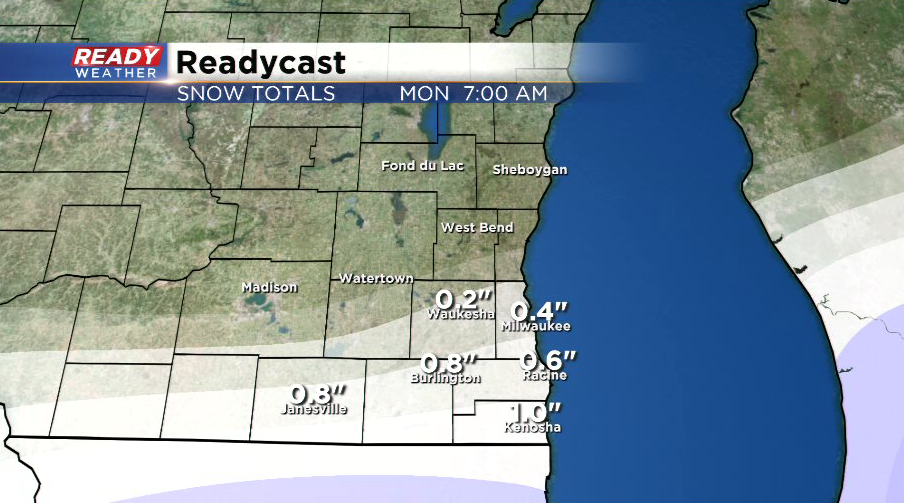 Milwaukee hasn't recorded any measurable snow (more than a dusting) yet this month, so this could be one of the only chances to do so before the end of the month. Good news is the snow will melt on Monday as temperatures rise into the 40s during the afternoon. 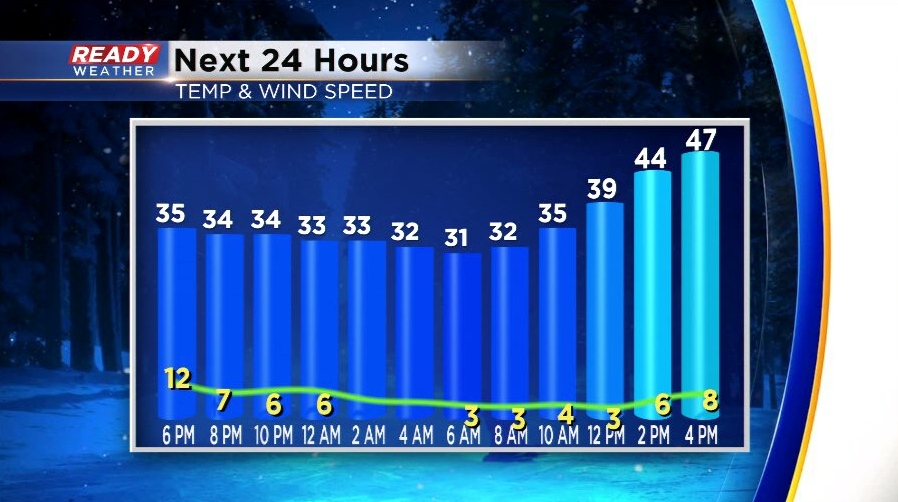