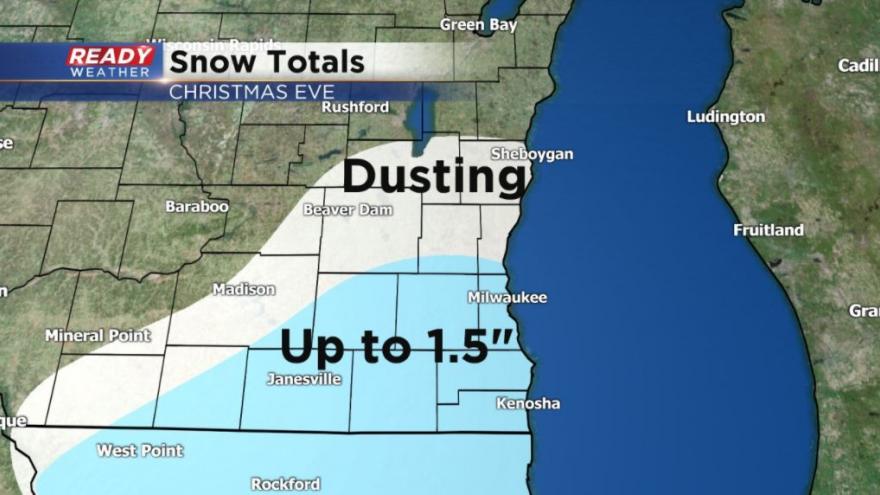 Snow is starting to come to an end across southeast Wisconsin. According to DOT over 50 crashes have been reported on areas freeways. Snow totals stayed within the forecast with most spots seeing between a half inch to a full inch of snow. If you have reports you can post them on CBS 58's Facebook Page or tweet them @CBS58. 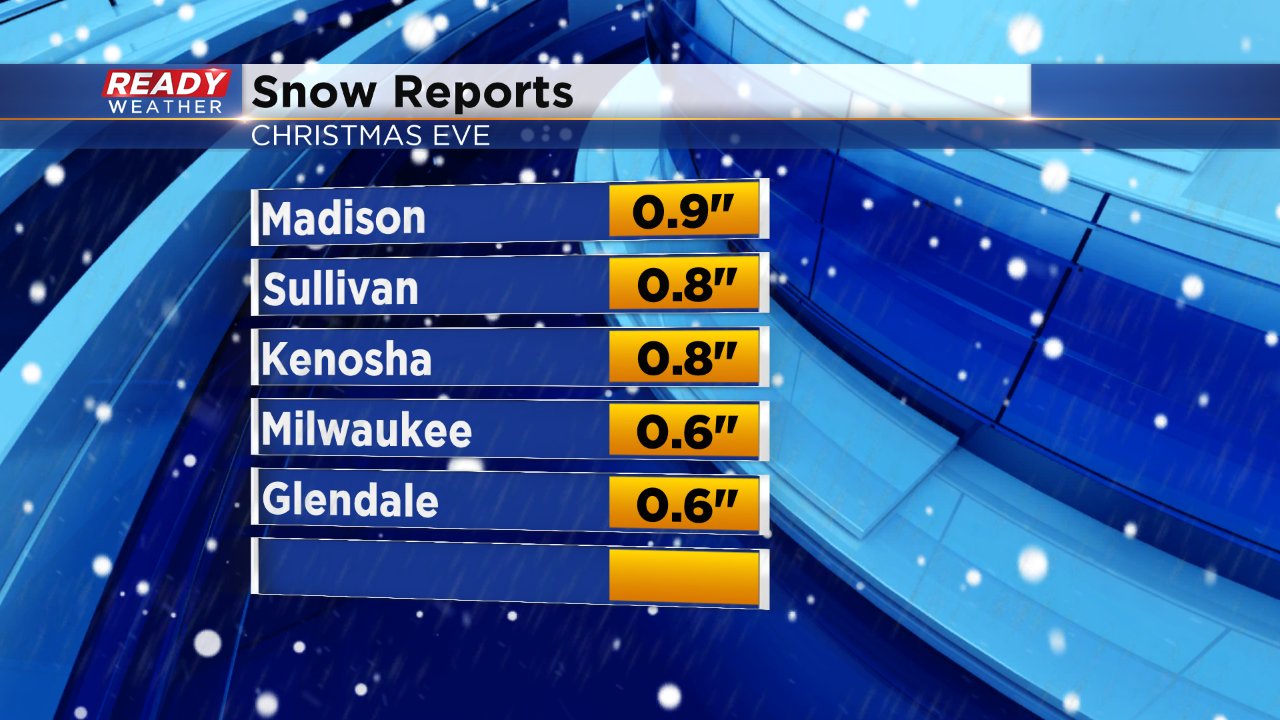 Snow started falling right on time in southern communities shortly after 8 a.m. on Sunday and quickly started covering the road. The forecast remains on track with a dusting to a few tenths of an inch in northern counties and less than 2" along and south of I-94. A few spots close to the Illinois border could get a little more than 2". 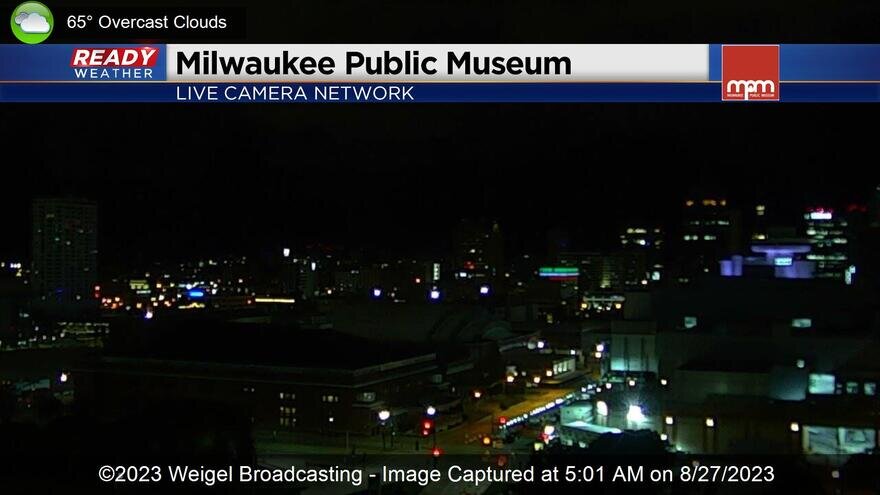 Travel will remain tricky through the rest of the morning and the early afternoon before snow clears out by 5 p.m. Evening travel should be just fine for those heading to Christmas Eve dinner or services.

A few flurries are still possible for Christmas Day, mainly in the morning, but no additional accumulation is expected.

We've been talking about the chance for flurries and a storm system that could clip our area for the past few days and now it looks like that storm will track just a little north giving us a good chance for accumulation and a White Christmas.

Winter weather advisories have been posted for Chicago and areas south where snow totals could exceed 3". 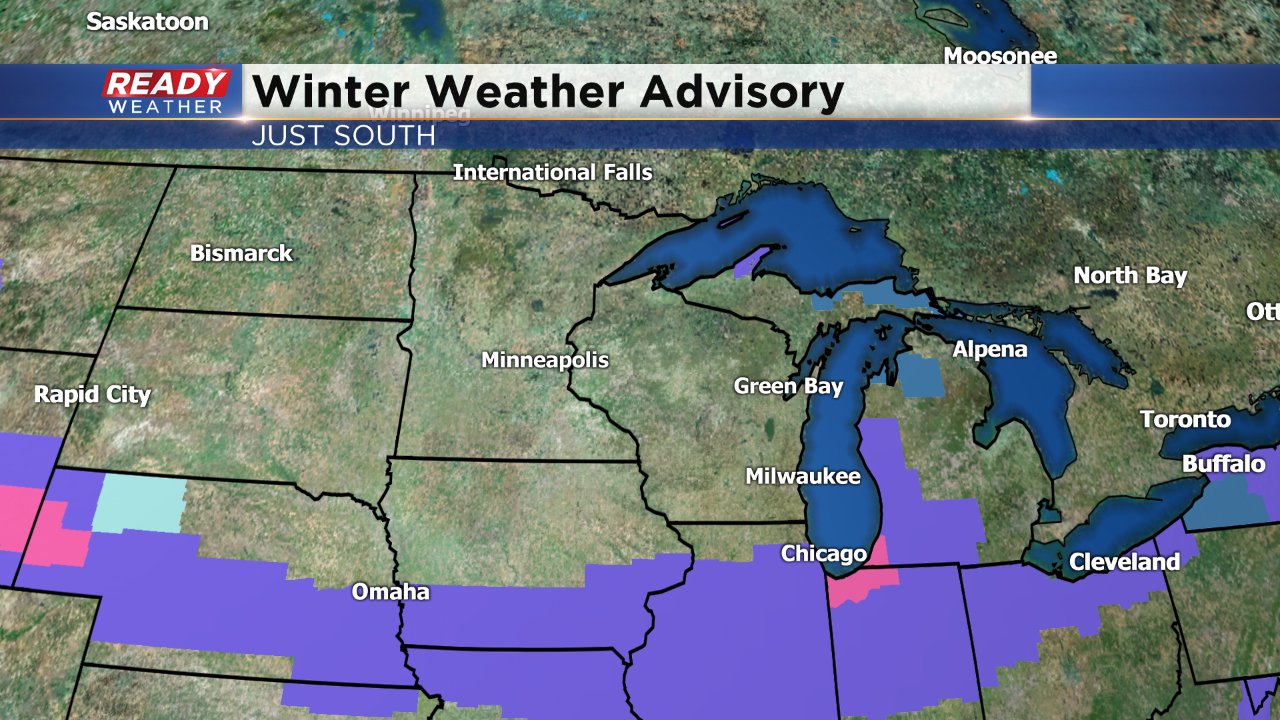 Snow will start to move in near the Wisconsin/Illinois border around 9 a.m. and push north. By noon most of our southern half of counties along and south of I-94 will see steady snow with snow quickly exiting during the afternoon. Travel will be tricky and snow covered roads are definitely possible especially closer to the border. 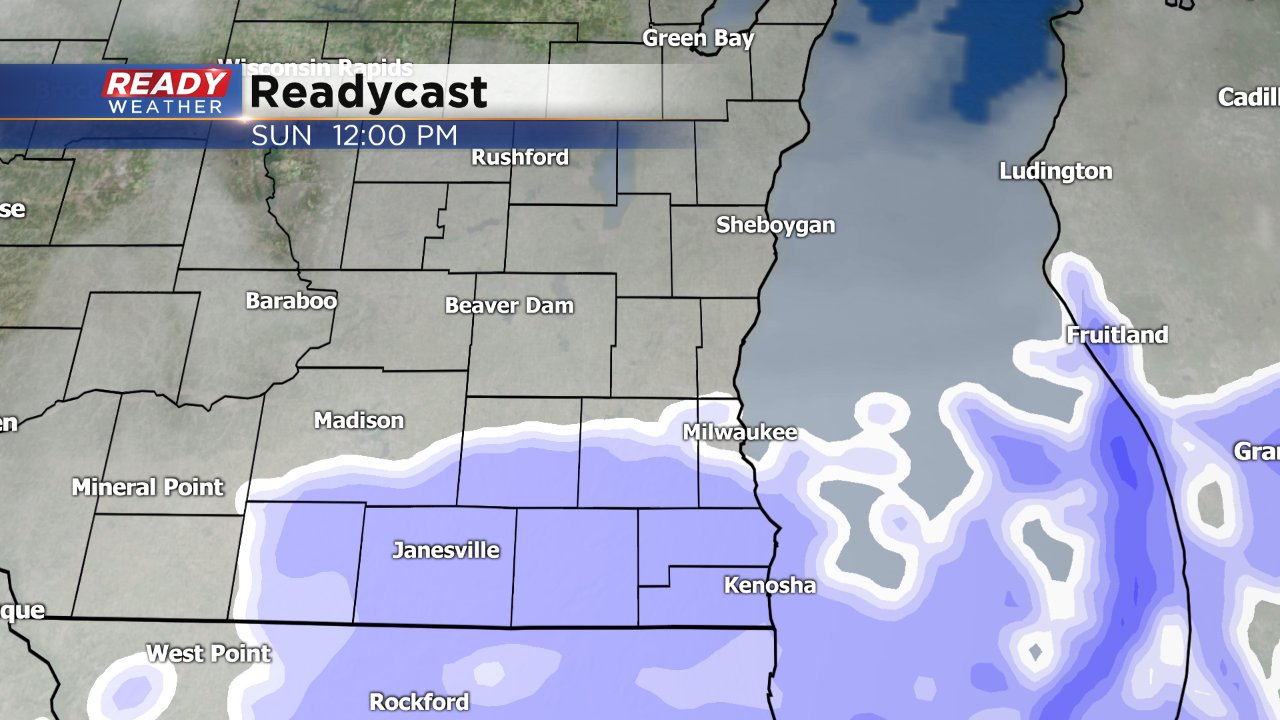 The majority of snow will fall in southern spots but everyone could see a few flakes fly. A dusting is possible in northern spots but cities south could see up to an inch and a half of snow with the greatest chance for over 1" near the border. 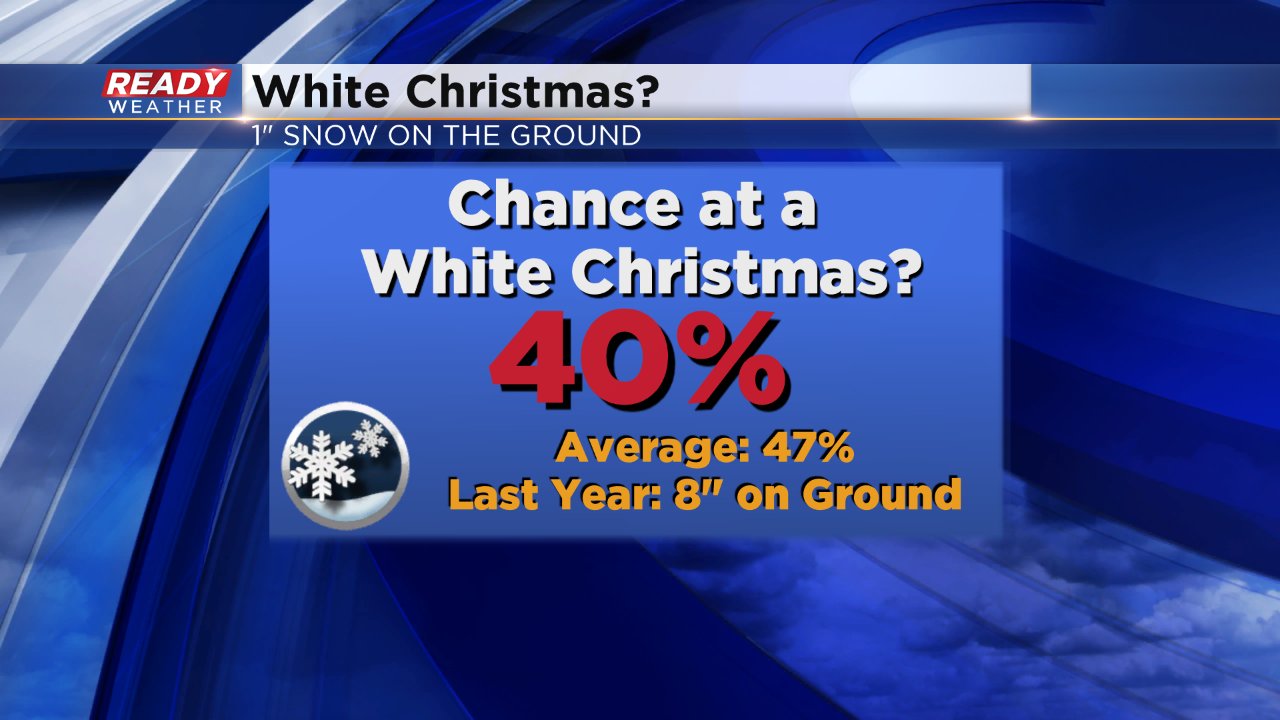 Download the CBS 58 Ready Weather app to stay up to date on the forecast changes and track the snow as it moves in.