It was nice to finally have a day of dry weather after 8 straight days with a least a trace of rainfall, but unfortunately that dry weather won’t last all weekend. The system to our west will bring us a bit of light rain and snow later Sunday into early Monday. 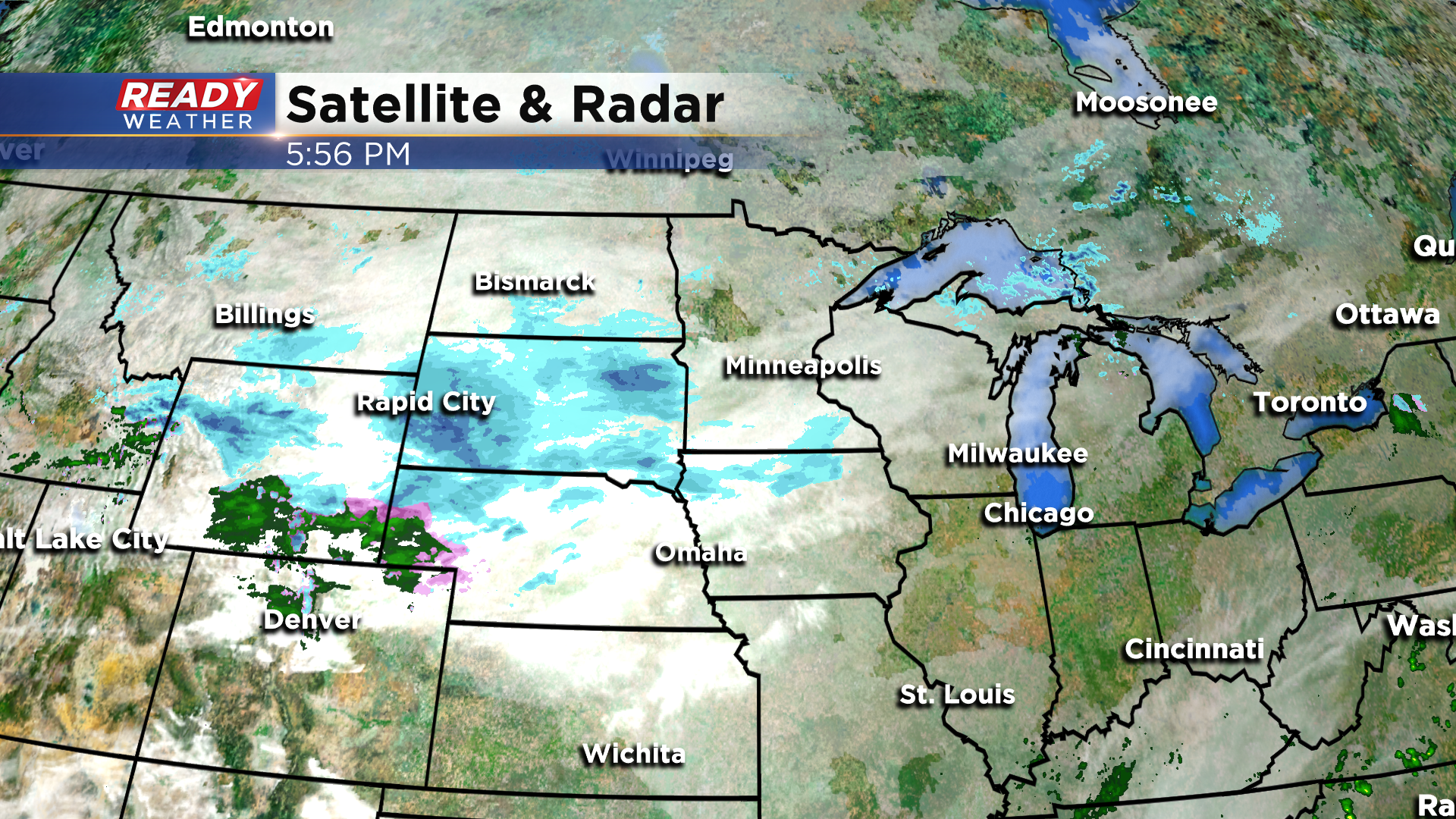 Dry weather will be in place through tonight with temperatures slipping below freezing away from the lake while hovering in the mid 30s lakeside as cloud cover increases. Winds will turn to the NNE Sunday morning, which will bring a few lake effect rain showers into lakeshore counties by mid to late morning. 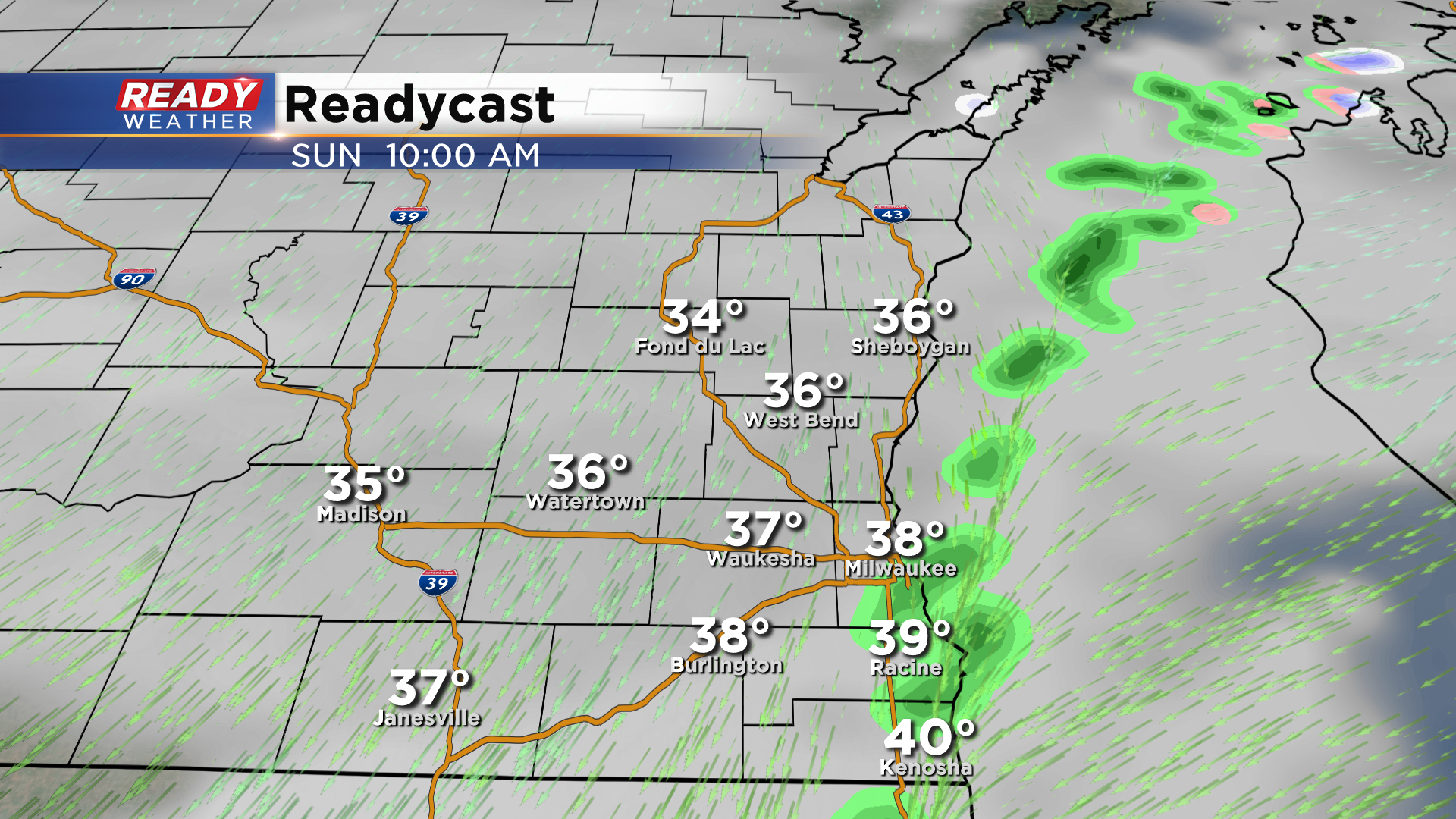 We can’t rule out a few isolated flurries falling from the clouds elsewhere during the day, but the best chance for any rain and snow won’t arrive until late Sunday afternoon and evening. 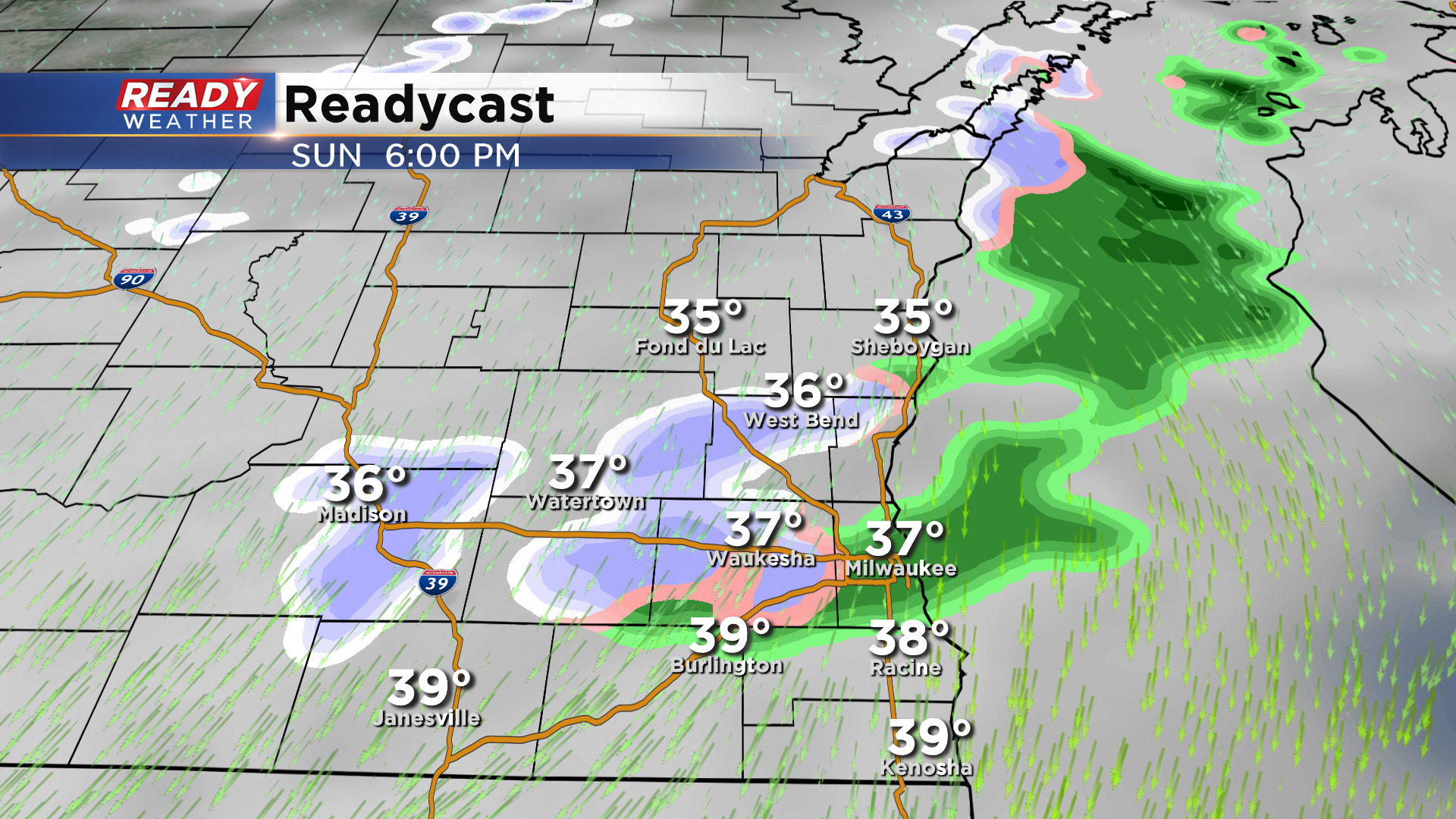 This precipitation will begin as light rain lakeside and a rain/snow mix inland, but will start to change over to all snow away from the lake as the evening wears on. 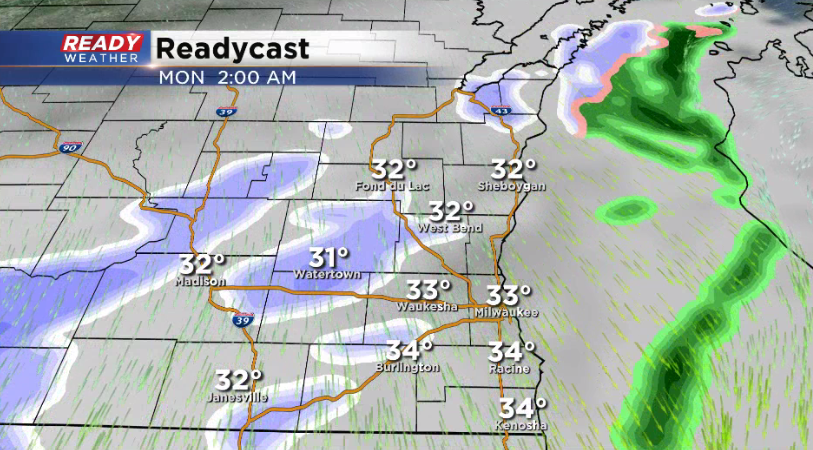 Temperatures lakeside will still be warm enough for mainly rain or a rain/snow mix until early Monday morning. The patchy, light snow is expected to come to an end around sunrise. 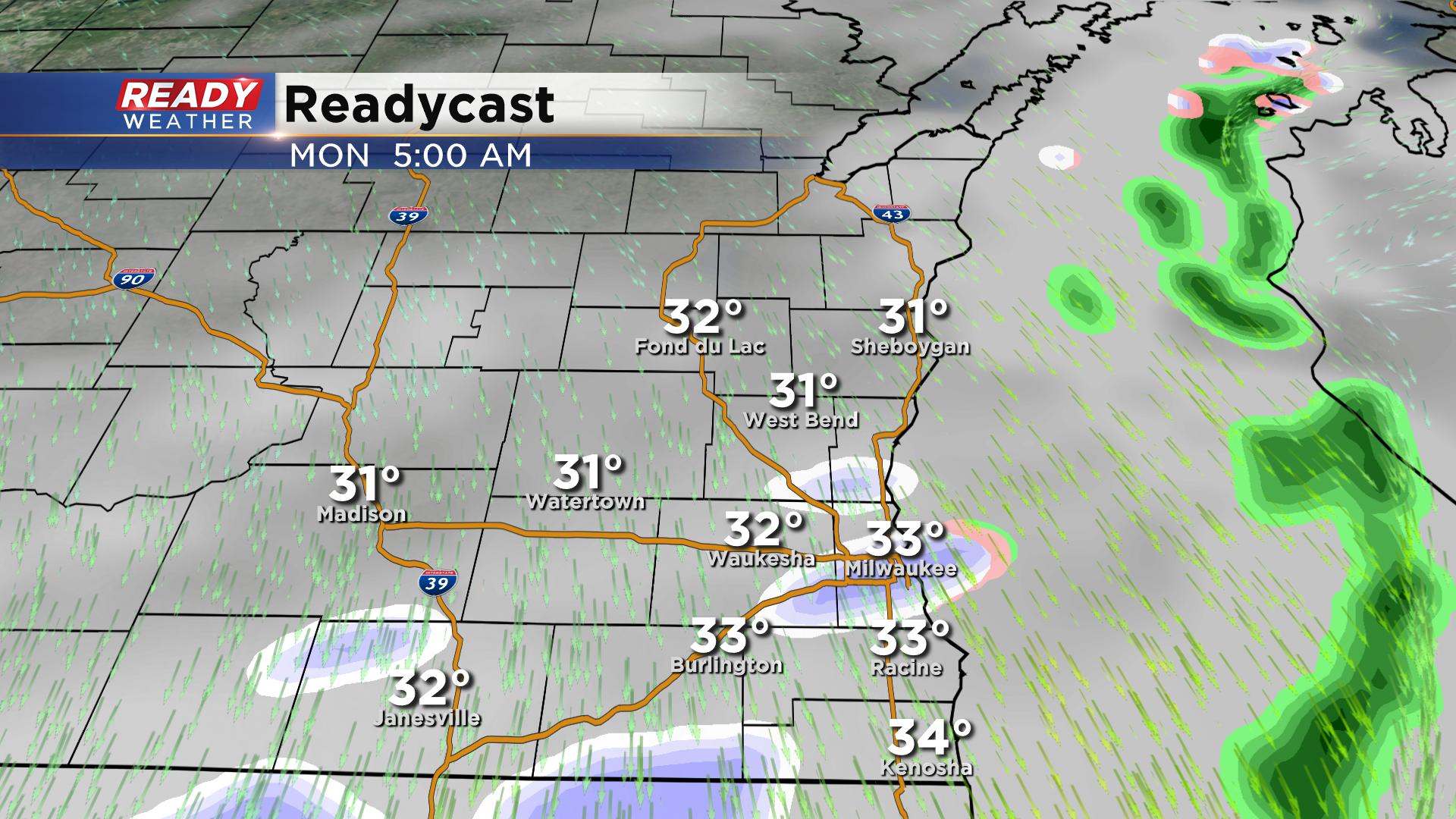 Any accumulation that does occur will be on grassy or elevated cold surfaces and will melt by Monday afternoon. That being said, there may be a few slippery spots during the Monday morning commute, especially away from the lake. Little to no snow accumulation is expected in the Milwaukee metro, but up to a half inch will be possible on the grass near Fond du Lac and Beaver Dam. 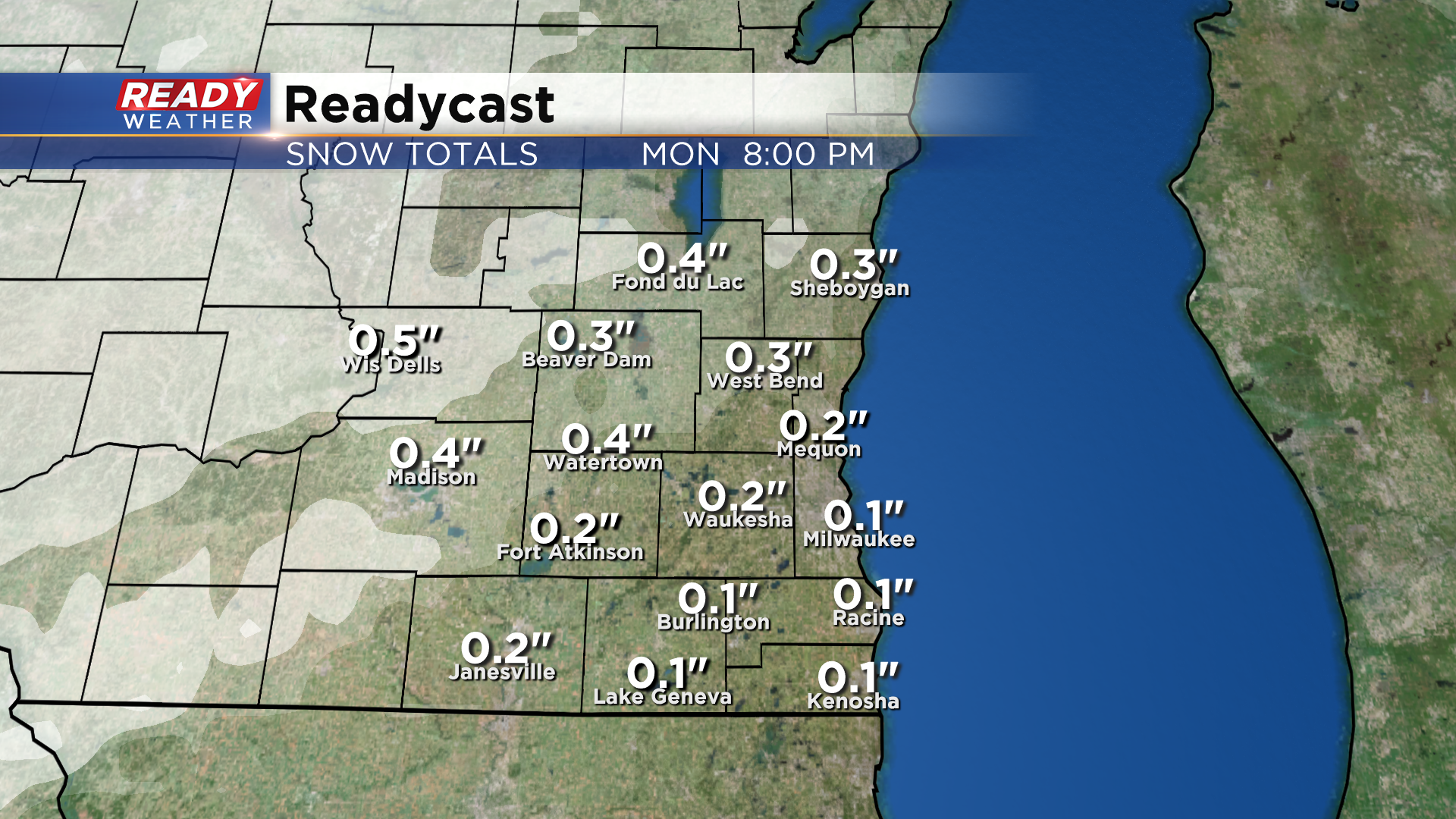 Once the snow moves out of the state Monday morning we'll be dry for the rest of the week. Download the CBS 58 Ready Weather App to track the light rain/snow mix as it moves in on Sunday.