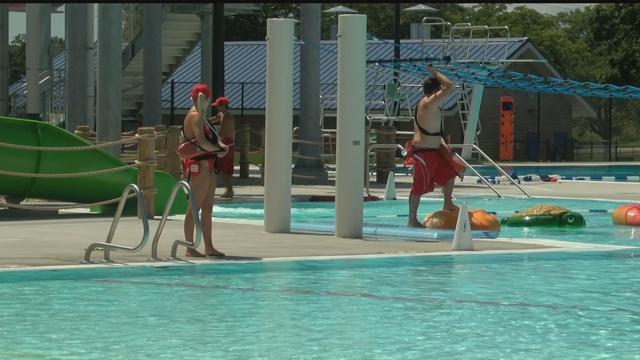 Swimmers, lifeguards, and nurses who just happened to be there get a toddler breathing again.

The little boy is expected to be okay, he may even be released from the hospital today.

The 2 year old was transferred to Children’s Hospital yesterday after being at a local hospital for a few hours.

Children's wanted to monitor him for 24 hours, as a precaution.

The boy was breathing and responding before he was brought to the hospital.

This all happened quickly.

A lifeguard saw that a toddler was struggling in two feet of water, she jumped in and others in the pool helped lift the boy out of the water.

As the lifeguard was giving the boy CPR, two registered nurses stepped in and helped.

After 4 minutes, the boy began breathing.

The pool opened just 9 days ago, and lifeguards just finished training for this new pool right before it opened.

“A stressful situation and as much as your put people through training, it was her first save her first rescue, and you never hope you have to do something that serious. You're here to prevent those situations to the point that they did. They're doing rescues all the time, whether it's this pool a tired swimmer, our guards have been going in the water, helping them out of the water, this is the extreme that you just hope you don't get to this ever again,” said Mike Hermann, Hartford Parks & Rec Director.

CBS 58 spoke with one of the nurses who helped give CPR to this boy.

She says she has never seen lifeguards act so fast and that this is a lesson of how important it is to know CPR.