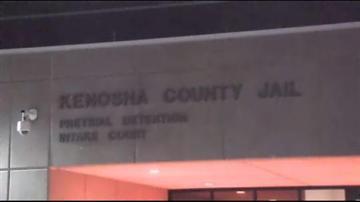 UPDATE: Kenosha County Sheriff's Office says the detainee left the county jail at 5 a.m. Thursday and showed no signs of having the Ebola virus during her stay. She was taken to O'Hare International Airport in Chicago and turned over to ICE officials. Sheriff David Beth says the county is reviewing the procedures of the jail with staff and evaluating its relationship witht he government due to this situation.

KENOSHA COUNTY -- An immigration detainee is being watched at the Kenosha County Jail for possible signs of Ebola.

Authorities say there's no indication that she's sick or has been in contact with anyone who is sick, but concerns are high because the woman is from Liberia.

\"We have this person in isolation right now and we are monitoring them several times a day just to make sure this person doesn't show any type of disease,\" said Kenosha County Sheriff David Beth.

The Kenosha County Jail serves as a regional holding facility for Immigration and Customs Enforcement, so it's not uncommon to see immigration detainees from all over the world.

It's unclear how long the woman will be in Kenosha, but Beth says he's confident the woman poses no immediate threat.