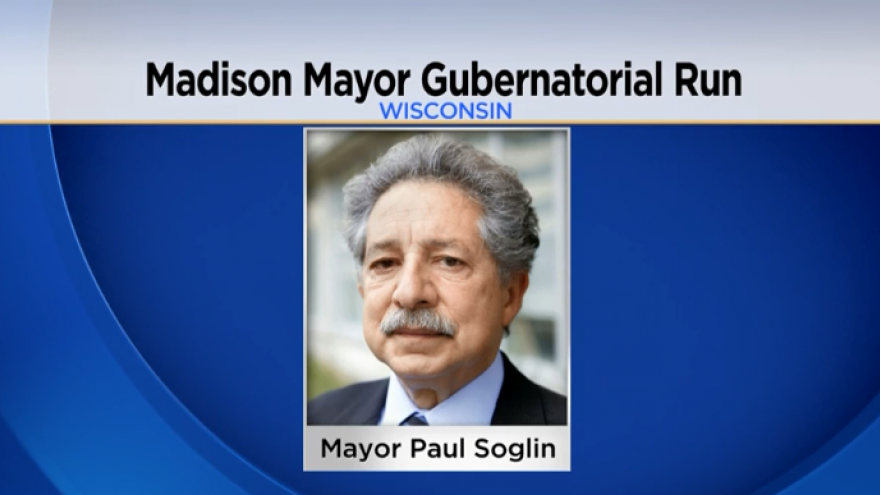 MADISON, Wis. (AP) — Madison's longtime mayor, Democrat Paul Soglin, said Tuesday that he plans to formally launch a campaign for governor in a few weeks, which would make him the oldest of the nine top-tier candidates seeking to unseat Republican Gov. Scott Walker.

Soglin, 72, made the announcement on Twitter and Facebook. He's been toying with entering the race since June, saying as recently as last week that he planned to launch his candidacy in mid-January, barring an unexpected development.

Soglin, a staple in Madison politics for more than 40 years, is known for his liberal policies, bushy mustache and sometimes taciturn demeanor. He was first elected mayor in 1973 and has held the position, on and off, for a total of 20 years.

Soglin told his supporters Tuesday that social media will play an "important role" as he rolls out his campaign. President Donald Trump and other politicians, including Walker, have tapped into the power of Twitter and other platforms in recent years to speak directly to their supporters and push their political agendas.

Walker, 50, said in June that he would love a chance to run against Soglin, who was an anti-war protester on the University of Wisconsin-Madison campus before being elected mayor in 1973 at age 28.

Walker dismissed Soglin as an "unabashed throwback to the 1960s radical liberal," and refused to give him any credit for Madison's strong economy, saying unemployment is low in the capital city because of state government and UW.

Soglin has said that Madison's economic growth has been driving positive numbers statewide, and that this could be a focal point of a run for governor. He has also said that support from around the state, not just in Madison, has fueled his consideration of a run.

When Soglin first floated the possibility of a run back in June, he pointed to the unlikely success of another septuagenarian politician, 76-year-old Bernie Sanders. Sanders, the senator from Vermont who ran for president in 2016, won the Wisconsin primary. Soglin was a Sanders delegate to the Democratic National Convention.

Roys, at 38, is the youngest candidate. Mitchell, at 40, is the next youngest but the other seven range in age from 56 to Soglin at 72.