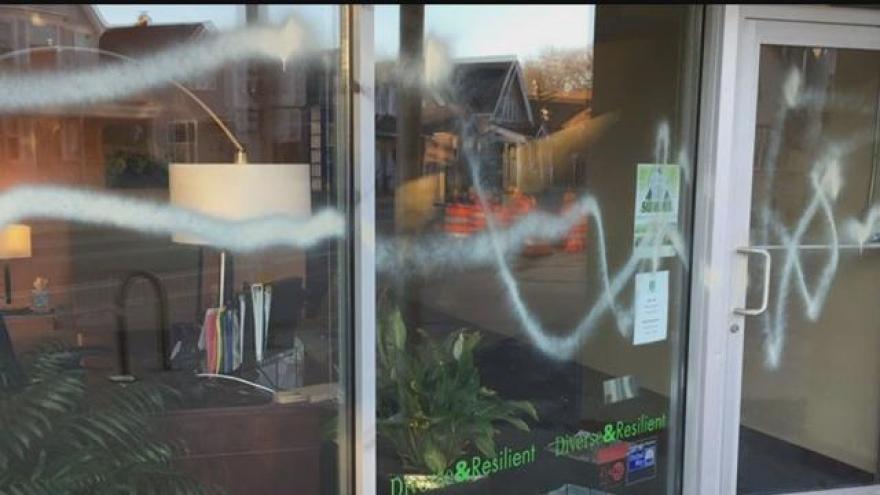 Near Holton and Meineke in Milwaukee, Diverse & Resilient is all about acceptance and love.

But earlier this week, that feeling wasn't reciprocated.

"There's just people that don't like us," said Gerald Coon.

The front the building was covered in spray paint. Nearby, on a brick wall, was a gay slur.

"I think more than being angry, it's about being disheartened, being disappointed because it's 2017, we'd like to believe we'd be past this," he said.

Coon is President and CEO of the organization that focuses on health disparities for the LGBTQ community. It's been in the neighborhood since 2008.

"We know across the country there have been more incidents similar to this since the election," he said.

Police said this is third case of vandalism in just two months. A window was busted out and so was a front door back in December.

If it happens again, Coon said they'll be prepared. Security cameras will soon be installed inside and outside of the building.

Meanwhile, windows are smudged after removing the spray paint and the gay slur will be covered up with a board until it's permanently removed.

"We will just pick ourselves up, dust ourselves off and move forward because this is the work we do, and we're just simply not going to stop," said Coon.

Milwaukee police are investigating to see if the crimes are related.