Overall March has been warmer than normal, but lately we've felt a bit cool. 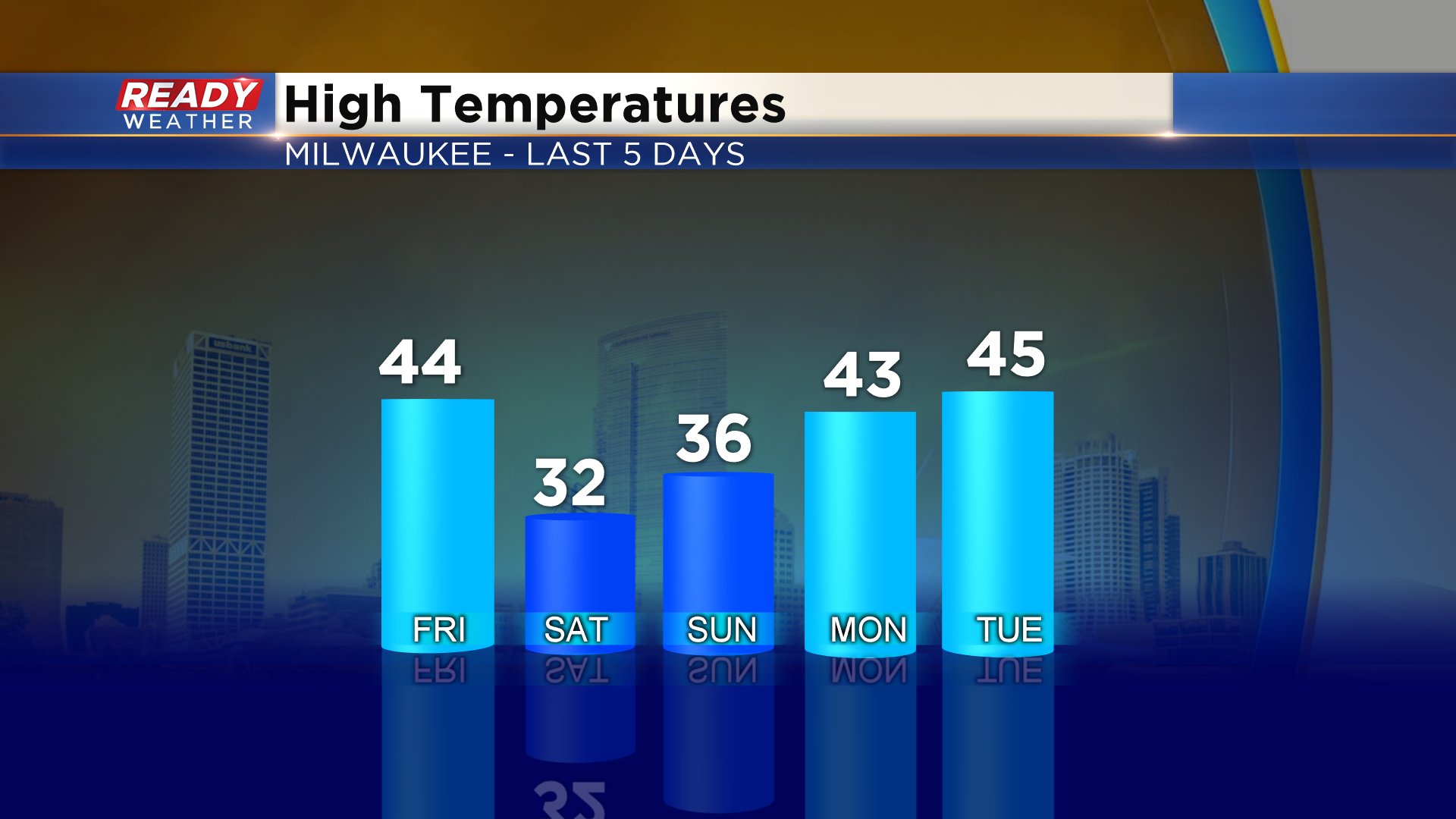 We haven't been in the 50s for almost two weeks! While most of us achieved that goal today, a few snuck in a 60 this afternoon. Check it out! 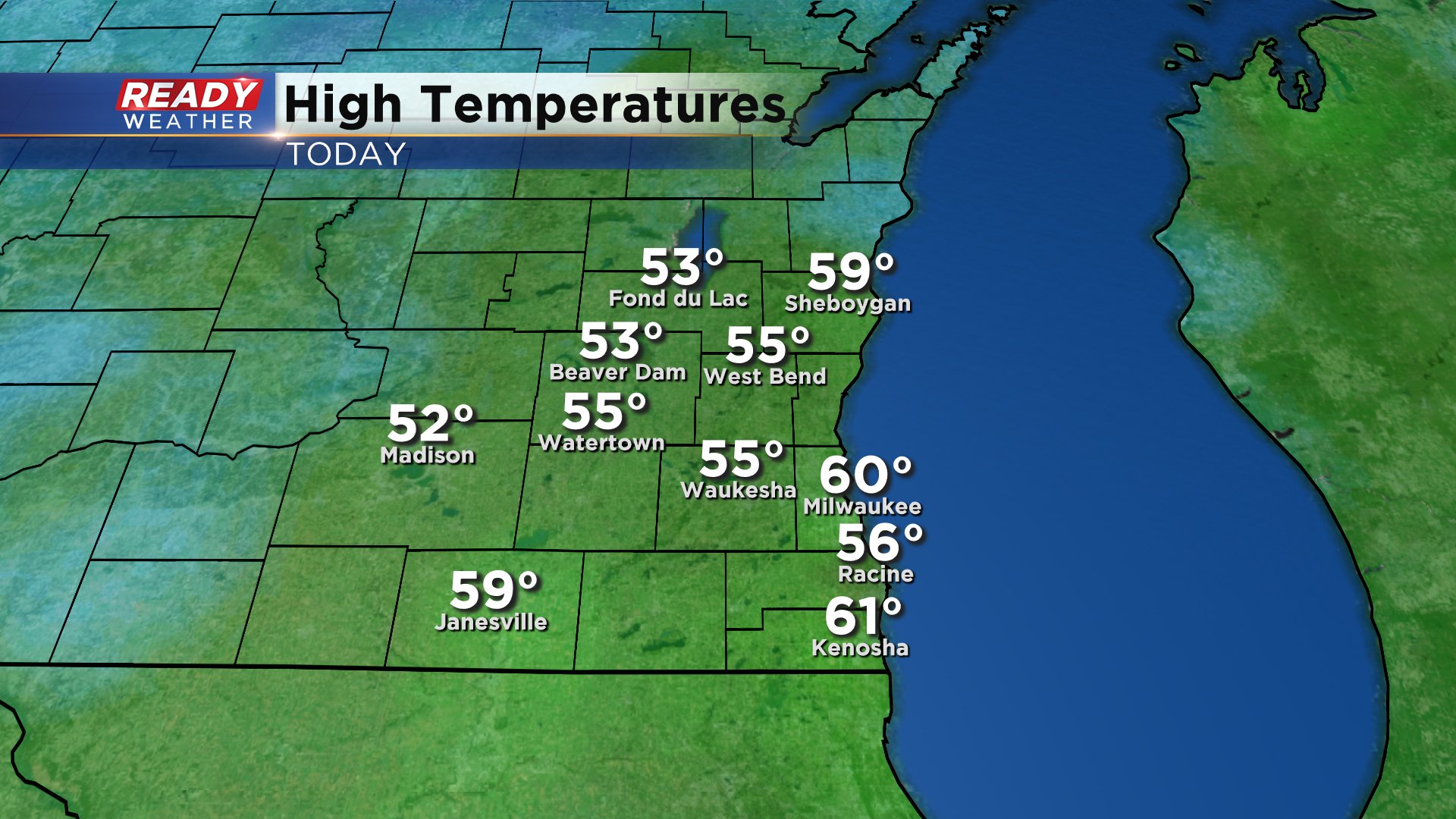 Today's mixed sun and clouds along with a southerly breeze helped bring in the milder air. For Milwaukee we topped out fifteen degrees above normal. Even early this evening conditions are lovely downtown, this shot, captured just past sunset. 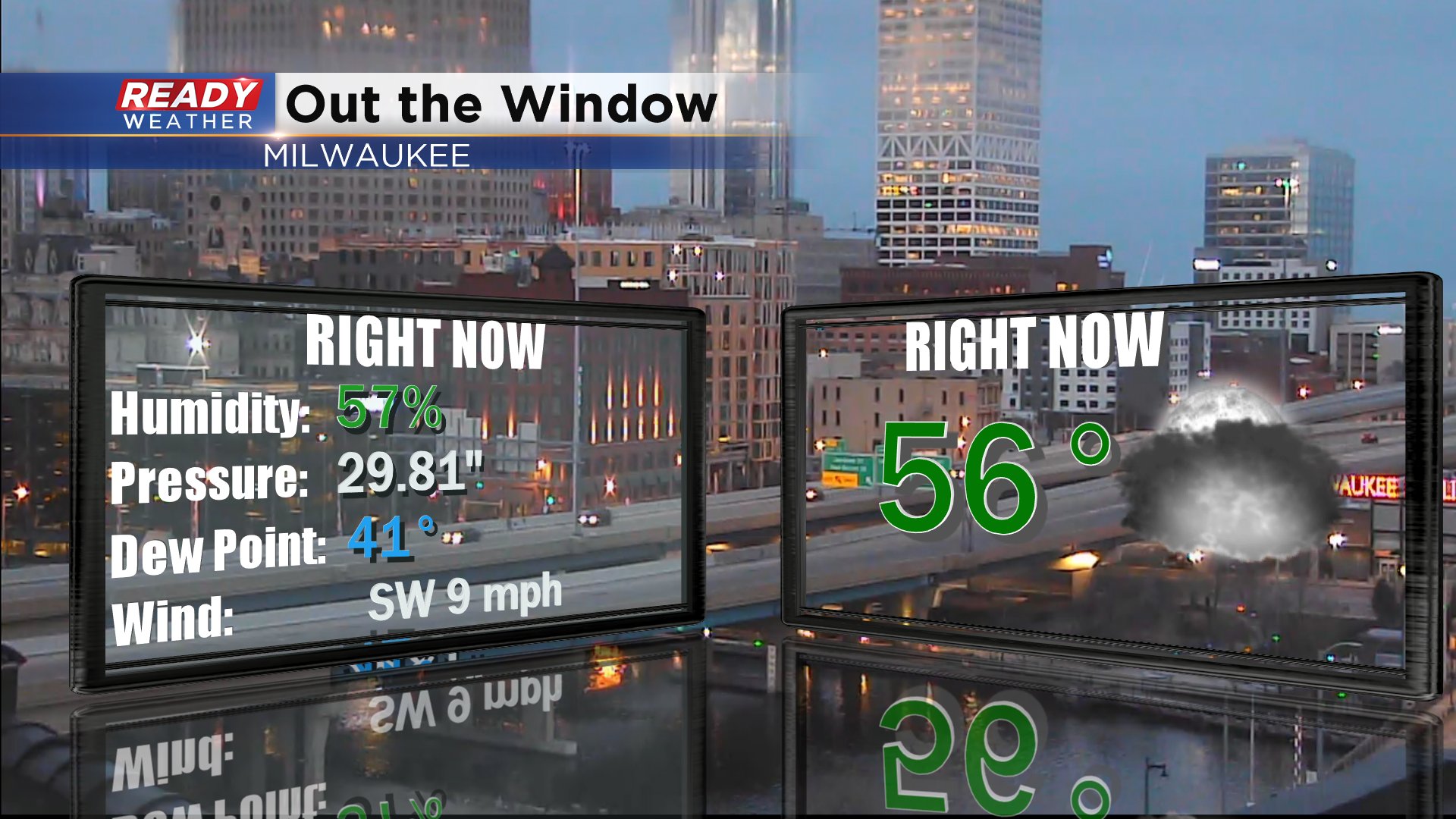 Looking ahead we rid ourselves of chilly 20s. Our average low is now back up to thirty degrees. We won't see average lows as chilly as the 20s again until late November. But per the extremes, we could still sprinkle in a chilly 20 degree night until late May and then earliest fall 20s have been noted in late September. 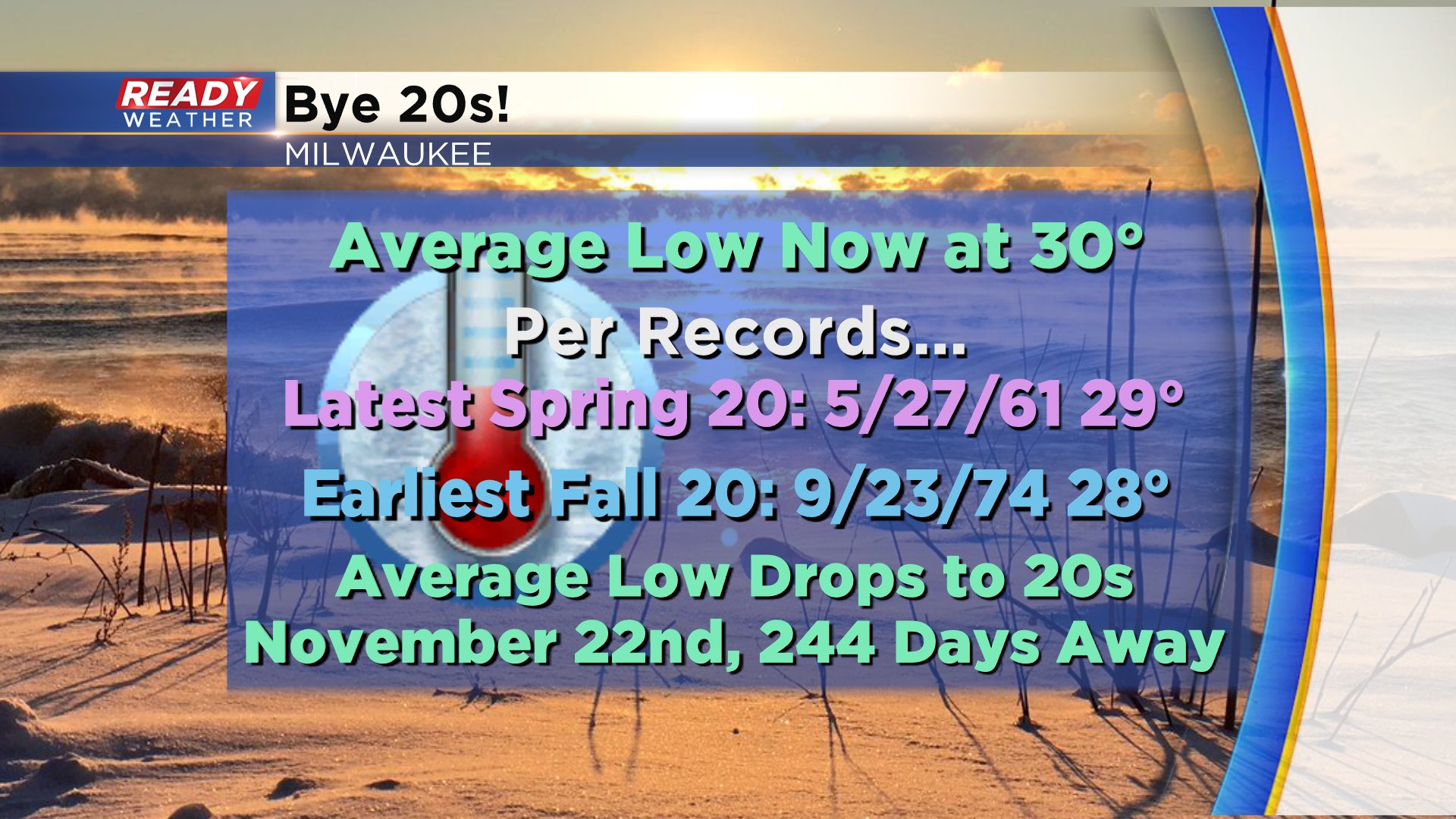 But what about more 60s? Well we average three-and-a-half days in the 60s for March. 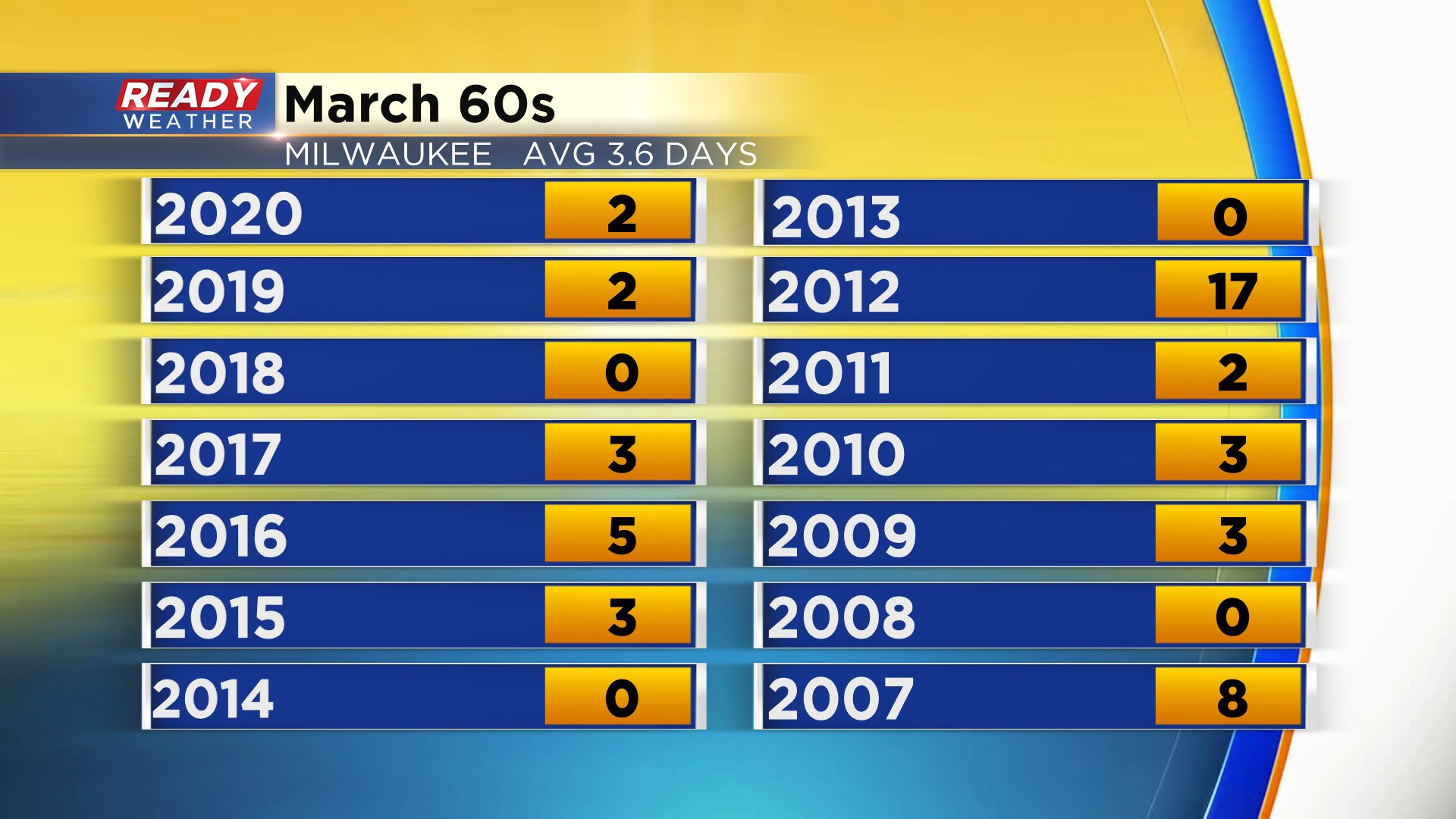 Today's 60 brings the March of 2020 up to two days in the 60s. And with less than a week to go this month, additional 60s look unlikely. Like most other years in recent history we'll fall shy of this average. The good news is that there are still signs of warmth into early April with 60s possible!