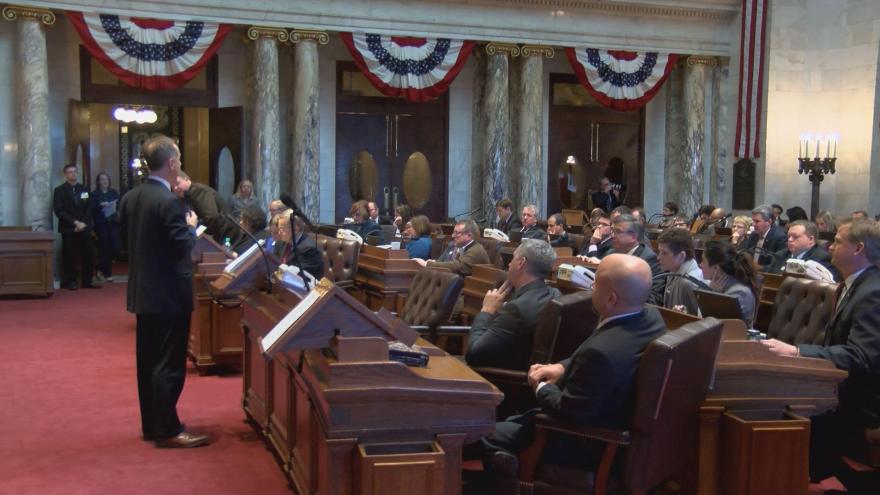 State lawmakers are now trying to fast-track a bill aimed at keeping digital peeping toms from sneaking nude pictures with their cell phones.

Walk anywhere in public, and chances are your face could end up in somebody's picture.

Some people out there try to take that idea to a very uncomfortable, violating, and horrifying level according to some state lawmakers.

“…increasing number of cases of say women standing in a grocery store line or department store and someone using a cell phone to take a photo under their dress.” said Representative Jim Ott (R-Mequon).

Ott is co-sponsoring a bi-partisan bill that would make that a class one felony, meaning up to three and a half years in prison. Ott says he signed on to this bill because of what one woman in his district is being put through. He says all the woman did was wear a skirt while at the grocery store, and a Grafton man snapped a picture up that skirt. The man was tried and found guilty, but is now appealing.

"The defense brief for the appeal, appellate brief, is that the person who did this was not trying to capture nudity because the person had underwear on. Well that too seems to be an absurd argument." Ott said.

Thursday, Democratic Representative Melissa Sargent (D-Madison) explained why she's supporting this bill. "This is creepy, egregious behavior and we need to be doing something to protect people in our communities." Sargent said.

Last year the Wisconsin Legislature passed a bill which made it illegal to do things like hover a camera-equipped drone outside of somebody's window, and peep inside. That bill is now law, and also addressed advancing technology and privacy.