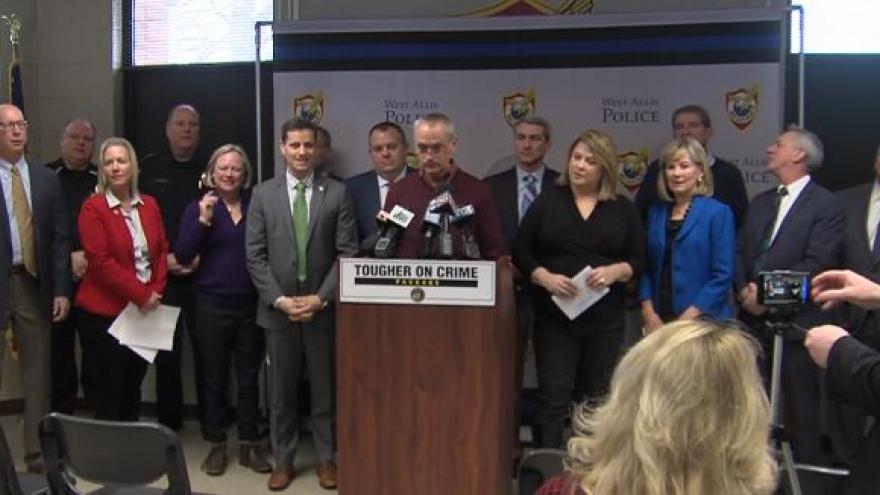 With just a few more days left in this legislative year, Republican representatives present on Monday said they’re not worried about the deadline to get these bills to the governor’s desk.

While these measures were introduced by some Republicans, they say crime is a nonpartisan issue.

Just last week, the common council in West Allis voted on a resolution to toughen their response to crime.

Representative Joe Sanfelippo (R- New Berlin), joined by Rep. Dan Knodl, Rep. Jim Ott and several others, unveiled the first of many anti-crime initiatives that will be coming forward this spring session.

During the news conference they mentioned the goal is to make Wisconsin a safe state.

They said it establishes a new level of accountability. Some of the topics included were retail theft, driving without a license, and repeat offenders.

There were at least six bills that were released on Monday afternoon.

They also mentioned some of the bills have bipartisan support and have been in the works for several years.

“This is the beginning of our initiative, not the end,” says Sanfelippo. “This is a work in progress many of us have been working on for several years. We’re going to continue to put forth ideas as time goes on in the spring.”

Organizers say they’re not sure of the exact number of bills they’ll be releasing, but say there are at least 12 ideas they will be working on.