Lawsuit filed by Fans who Missed Hall of Fame Game 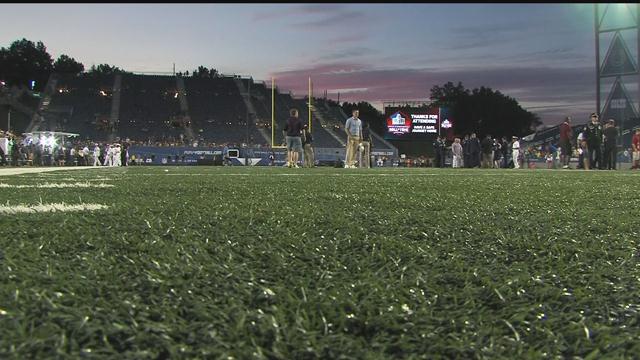 UPDATE: A lawsuit was filed today against the NFL for ticket-holders to Sunday night's canceled Hall of Fame Game.

ORIGINAL: Dozens of ticket-holders to Sunday night's canceled Hall of Fame Game in Canton, Ohio are planning a lawsuit against the NFL.

That game was canceled due to poor playing conditions, after paint hardened on portions of the field at Tom Benson Hall of Fame Stadium.

Attorney Michael Avenatti says more than 100 individuals, including some in Wisconsin, have approached him about a class-action lawsuit.

"What they've offered to do is refund the face value of the tickets to the original purchaser of the ticket," he says. "Many of these fans actually paid above face value and bought tickets on the secondary market. So those fans would be left out in the cold."

Avenatti expects the lawsuit to be filed by the end of the week. He's also seeking travel expenses for fans, including airplane tickets and hotel rooms.

"Those fans are entitled to be compensated for their expenses as a result of this debacle," he says.

The lawsuit would represent a class of individuals, including all 22,000 fans who were in attendance.

"The fact that this organization and Mr. Goodell would not step up and compensate fans when they experience problems at games is really very, very, disturbing," he says.