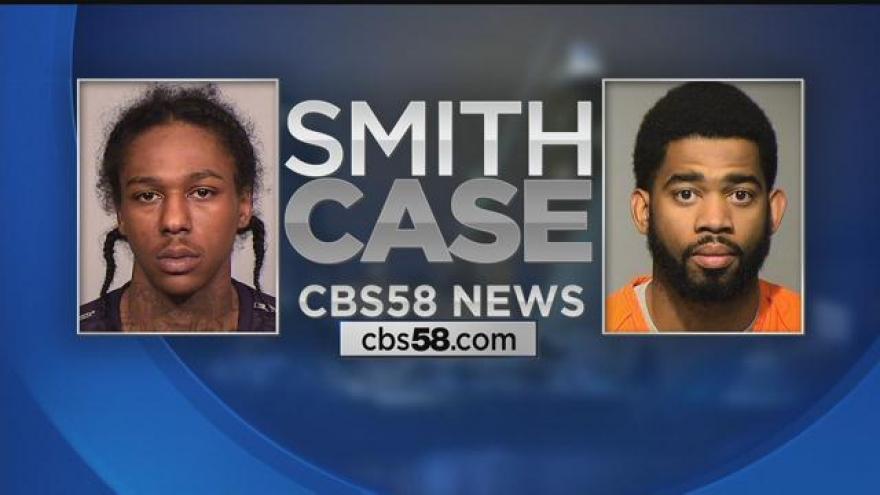 Since the not guilty verdict was announced for Dominique Heaggan-Brown lawmakers and elected officials have responded.

"JUSTICE HAS BEEN SERVED. Officer ACQUITTED in Milwaukee Wi. case involving the shooting of an ARMED black suspect."

"The question ‘Do Black Lives Matter?’ is one that all freedom loving Americans must ponder.

"The circumstances surrounding the events in the cases of Philando Castile, Tamir Rice, Sandra Bland and Milwaukee’s Sylville Smith are ones that will one day be mentioned in America's history books. Will we leave future generations and a segment of Americans to believe they are not worthy of liberties that come with American citizenship?

"The time for change is now! As the concept of democracy continues to deteriorate before our eyes, many Americans wake up every morning asking ‘When?’ When will certain civil liberties be extended to all?

"The verdict in the trial of former Milwaukee Police Officer Dominique Heaggan-Brown is the preamble to collective unification and the need for city-wide healing on both sides of the law.

"The events that transpired on August 13, 2016, were a reflection of anger and frustration. There is no amount of wishing that can take away what happened in the aftermath in Sherman Park however there is power in seeing the city rebuild and unify following those events.

"The city must continue with the momentum that we created. We've lost, we've grieved and now we must rebuild. Rebuild hope, rebuild infrastructure, rebuild peace and bring healing and unity to our great city."

“Anytime someone loses a loved one it’s a sad situation. When families lose a loved one in a preventable situation by a system that should be there to protect and serve them it’s a deep-rooted, painful & traumatic situation.

“The second shot was clearly unjustified on video with Mr. Smith on his back with his hands in clear view. The fact that officers did not use de-escalation practices and are accused of other abuses shows our system is in need of desperate change immediately.

“The family of Sylville Smith and those angered over his death last year deserve to know their loss will make our community and system better. Nothing has changed since last year and no one has apologized or even committed to preventing these situations.

“That is even more painful as people have to make an active decision to put hope in a system that has done little to produce the integrity that the public is calling for. Those concerned about this, I want you to know I hear you. Those who want progress, I apologize that we as a society are not in a better place. While my hope has been shaken in this moment, I am committed to fighting for that change even more. I call on all people to join me and not give up hope. I encourage you to use your energy to work toward the implementation of best prevention practices to ensure everyone can make it back home to their families safely.”

“I know that today’s verdict will elicit deep-seated pain, despair, and sadness for the family of Sylville Smith and many others throughout our community. I share my community’s frustration and continue to be saddened by the tragic loss of life and lack of justice we are all too familiar with in Milwaukee.

“Today, I urge Milwaukee to support Sylville’s family by remembering his life through peaceful, non-violent acts that strengthen our community. Moving forward, we must keep our focus on healing and building each other up and avoid actions that cause us any additional grief, damage, or pain.”

"As I heard the verdict of "not guilty" in a case where another young Black male was killed at the hands of a police officer, my mind and my heart are with the family and the community.

"In the wake of several recent officer-involved shootings we have witnessed marches, rallies, civil unrest, hurt, anger and fear. We often talk about change, unity, fairness, and rights, but I don't see us making much progress.

"The shadow of racism and inequality hangs over all the people that I see investing their time, energy, and money to improve our community, mentor our young men, lift up our young women, and advocate and organize for change.

"We say "Black Lives Matter" because we have to remind others that we are too humans. We have fought for centuries to secure the rights and freedoms that other races enjoy without question. The system we live in already counts several strikes against us before we are even born.

"It is sad that we are still dealing with the same issues in 2017 that we have been dealing with for hundreds of years in this country. Milwaukee has been named the "worst city for Black Americans," but these statistics are real people. When I look at the Black males in my community, I know that one out of eight has served time. As an educator I've witnessed the school to prison pipeline in action.

"This is a call for unity: not only to march and rally together, but to organize and develop a unified plan for real change, for the betterment of our community, until we can say with confidence that Black lives really do matter!

"We cannot wait for another Martin Luther King, Gandhi, Malcolm X or Cesar Chavez to save us: We have to be the savior of our people.”