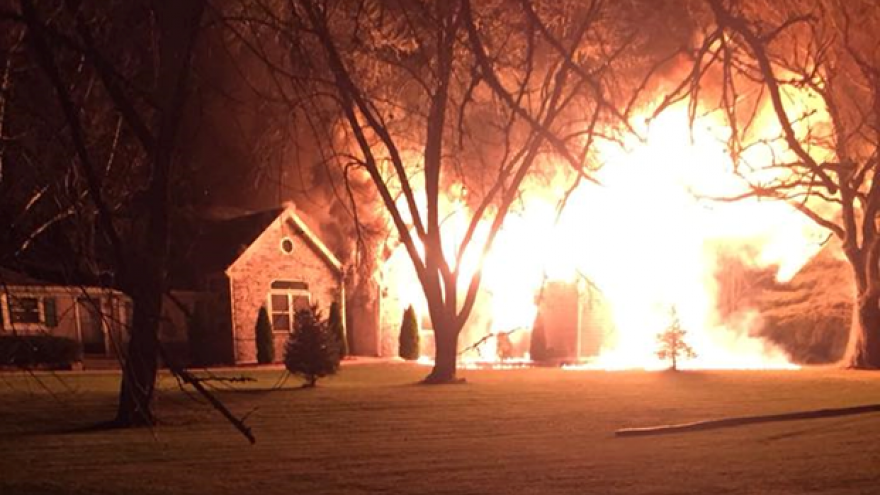 A late night fire did about $125,000 damage to a River Hills home Friday, but thanks to a neighbor, no one was injured in the blaze.

According to the North Shore Fire Department, a neighbor spotted the fire in a home at W Fairy Chasm Road and n Pheasant Lane just after 10 PM.  The neighbor alerted the residents of the home and they and pet were able to escape the fire unharmed.

The North Shore Fire Department received several 911 calls and as crews approached the scene, they could see heavy smoke coming from the single family home.   The fire was quickly upgraded and additional fire crews from the Milwaukee Fire Department were called to assist.

According to officials, the home was “well-involved” when firefighters arrived.   Crews were able to quickly begin the fire under control.   Damage to the home is estimated at $125,000.  An attached garage, new addition to  the home and a vintage classic car are considered a total loss.

The cause of the fire is under investigation, but according to the release it is not believed to be suspicious.