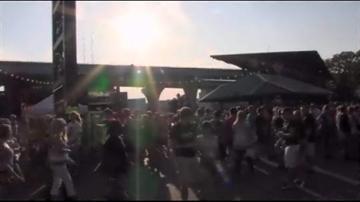 MILWAUKEE- Sunday was the final day of Summerfest.

CBS 58 spoke with Summerfest Vice President of Sales and Marketing John Boler, and he said the event went \"swimmingly well,\" even after the event kicked off with some cooler temperatures and some heavy fog that forced the fire works to be canceled a couple of times.

Boler said he was happy to see more people printed their Summerfest tickets at home.

He added there was a 40 percent increase in the printed home ticket system and he thought that helped out at the gates this year.

While those gates are closed Sunday night, the work will continue for Boler and the Summerfest crews.

He said the festival currently has five offers in for the amphitheater for next year already.

The team will spend the next week helping the exhibitors move out, then they will zero in on the final results which will be released at the end of the next week.