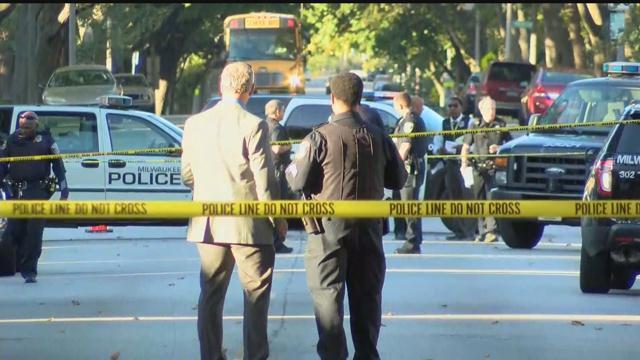 Milwaukee Police canvassed the area near 35th and Silver Spring where a man was found fatally shot Wednesday afternoon.

The Medical Examiner has scheduled an autopsy and will only say that the victim was an adult.

Police officers formed a perimeter with yellow crime scene tape as detectives were seen going door to door and then conferring with each other.

Traffic was detoured around the crime scene, including a school bus carrying children home for the day.

Milwaukee Police say the shooting happened  at about 2:50 p.m. in the 5500 block of N. 35th Street outside of a residence.

The victim is from Milwaukee but the circumstances leading up to the shooting are still unclear.

Police are still looking for a suspect and motive.

As more information becomes available we will share it with you on the air on the CBS 58 News and here online.