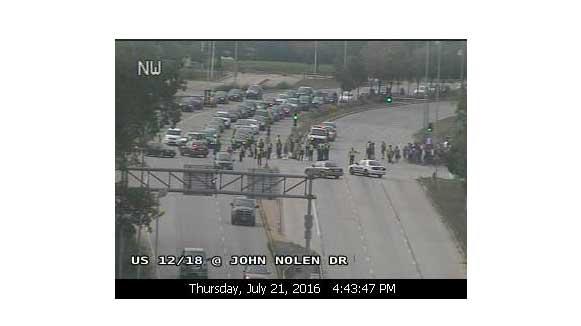 A large Black Lives Matter protest is blocking a busy intersection in Madison, according to reports from WKOW.

At one point protesters were laying in the middle of the John Nolen Drive disrupting traffic in Downtown Madison.