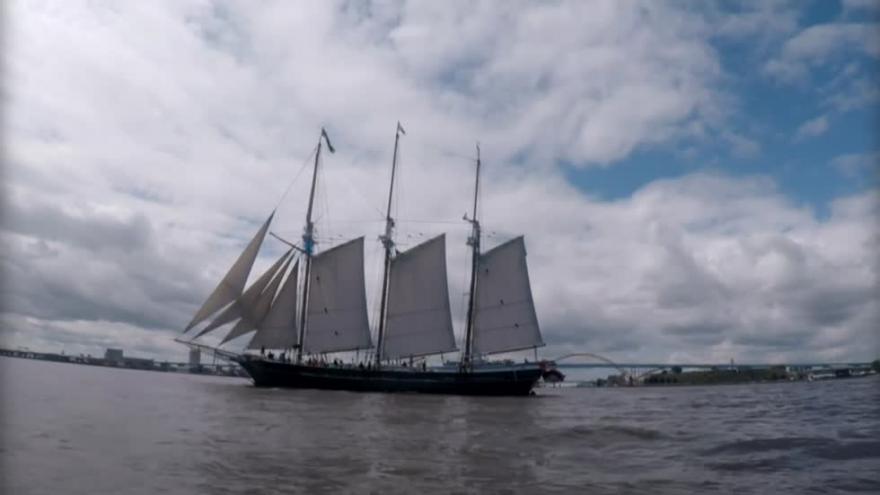 MILWAUKEE (CBS 58) --- It is a Lakefront staple known as the flagship of the state of Wisconsin. Discovery World's tall ship, Milwaukee's three-masted, wooden schooner Denis Sullivan may never sail again.

The sailing classroom and ambassador of the Great Lakes posted on Instagram that the S/V Denis Sullivan is heading into winter with an uncertain future due to losses caused by the ongoing coronavirus pandemic.

Officials say Discovery World, who operates the vessel, made cutbacks over 2020, causing financial pressure, and for the last two remaining crew, the ship's captain and chief mate, to be let go. The two maintained the freshwater ship for 12 years.

The announcement stated Captain Tiffany Krihwan will no longer be the Senior Captain, Director of Marine Operations, and caretaker of the ship. Officials say the decision follows the "unfortunate trend" that is affecting every other classroom vessel and nonprofit museum across the nation.

"Losing our captain and chief mate in addition to never bringing on the rest of the crew in 2020, as well as loss of our $300,000 annual maintenance and operation budget, has the S/V Denis Sullivan going into the harsh Wisconsin winter without her caretakers," the caption reads on Instagram. "We hope to be able to set sail again someday in the future, but currently that is uncertain."

Officials say the coronavirus outbreak shut down the Sailing Vessel Denis Sullivan weeks before its 20th season was scheduled to begin.

"With its programming halted, and lacking minimal funds for its maintenance, the sailing days of Wisconsin's flagship and Great Lakes floating classroom could be over."

Krihwan said she is saddened to her core.

"I have professionally and personally grown up on this vessel," she said. "She has taught me so much. I have watched my daughter grow up on her. I have fallen in love with Milwaukee and Wisconsin. I am so proud to be the Captain of Wisconsin's Flagship. Especially when I have gotten to take her to my home town of Erie and she is docked next to Pennsylvania's Flagship, the Brig Niagara. The idea of moving on to a different vessel is almost inconceivable to me."

The S/V Denis Sullivan has not sailed during the spring, summer and fall of 2020. Discovery World hopes to lift her sails again in the spring of 2021 and currently seek funds to support her operations. Officials say maintaining a boat of the size and age costs the museum roughly $500,000 annually.

The museum has set up a GoFundMe, which you can find by clicking here.