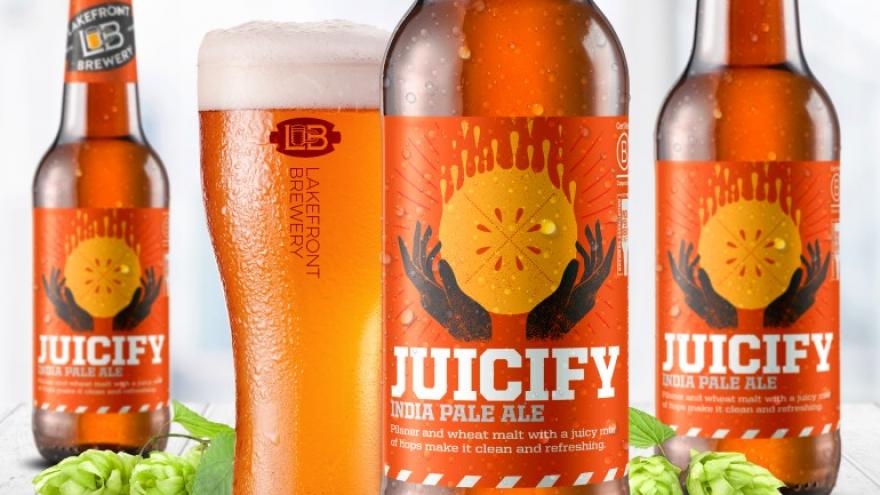 MILWAUKEE (CBS 58) -- Lakefront Brewery has added another year-round IPA to its ranks.

Juicify, the brewery's latest release, is described as "a juicy mix of Centennial, Amarillo, Cashmere and Lotus Cryo hops" with Pilsner and Red Wheat malt. The brewery says it boasts a 6.8% ABV and a 24 on the IBU scale.

“You can think of it as the non-hazy cousin of Hazy Rabbit,” says Lakefront Brewery Brand Manager Michael Stodola. “If you prefer an IPA without the bitter bite, Juicify could be your go-to. And despite the name, there is no fruit juice added.”