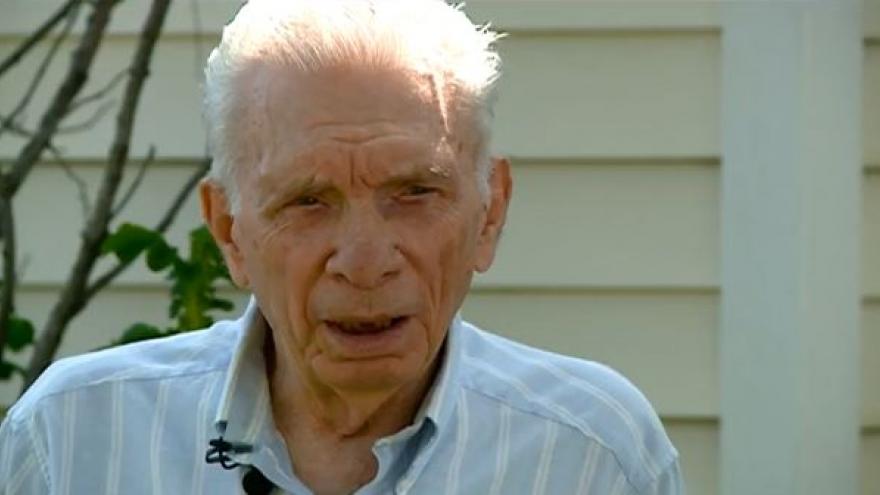 LA CROSSE, Wis. (WKBT) - As an employee of the Kwik Trip on French Island, 21-year-old Cassie Fitzsimmons is used to serving up customer service with a smile.

She meets all kinds of people on the job from all different walks of life. "I know a lot of people by name and they know me by name."

She often finds herself striking up a conversation with her customers,"It's nice growing a connection with people," and offering to help them in any way she can. "Today I just helped someone watch their dog outside."

Perhaps no one knows better just how willing Cassie is to help than 91-year-old Bob Sokolik.

"She was always real cordial to me and always wondering what she could do to help me out," said Bob.

Even a 70 year age difference wasn't enough to keep this friendship from forming. "I connected with Bob right away."

"He comes in everyday, twice a day," said Cassie.

"I go and get my lottery and then I go down about 10 and get the results of the lottery."

"He just kind of sparks my attention with his friendliness, his attitude and his humor."

Throughout their chats at the store, Cassie learned about something Bob had been holding onto for more than 7 decades.

"She said she went ot Logan and I said I did too," said Bob.

"He was telling me that he never received his high school diploma and he said he got drafted for the war in 1945 which was also his senior year of high school and he's always wanted his diploma since."

"I always had a regret that I didn't have one."

So without hesitation, Cassie took customer service to a whole new level.

"I told him that I was going to get it for him. I got his information, the year it was, his name and all that good stuff and I went over to Logan H.S. where I talked to Mr. Gnewikow and I was able to order a diploma for him."

All these years later, it all started here inside this Kwik Trip so it's only fitting, this is where it ends.

"On behalf of Logan High School and the School District of La Crosse, we'd like to thank you for your service to this country and we are now awarding you a diploma from Logan High School. You are now a graduate from the year 1945," said Logan H.S. Associate Principal Wally Gnewikow as he presented the diploma to Bob during a small ceremony inside the Kwik Trip.

It was a belated graduation ceremony for an honor 73 years overdue.

Cassie said, "He deserves it. He's the sweetest old guy ever. He absolutely deserves it."

"Never in my wildest dreams, I never thought anything like this would happen."

While it's just another day on the job for Cassie, "I love helping people so I was happy to do it," for Bob, it's like winning the lottery without even playing. "One of the best things that ever happened to me."

Bob served in the Army stateside after he got his draft papers.