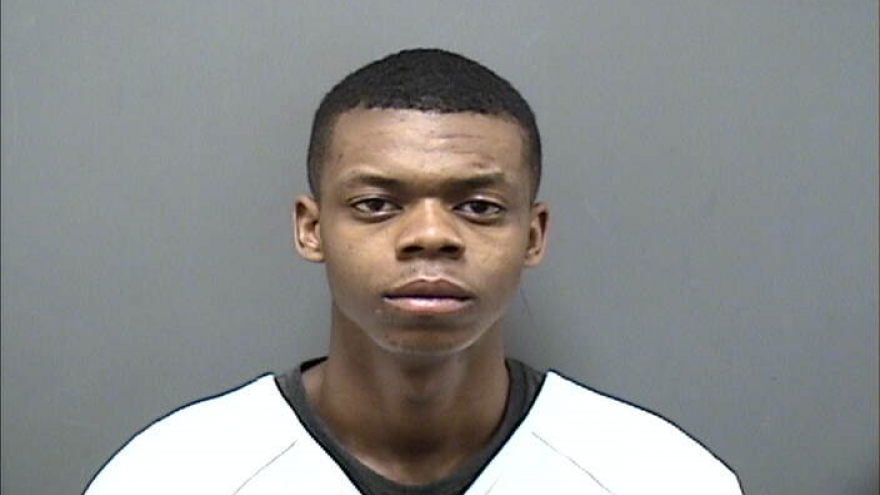 RACINE, Wis. (CBS 58) -- A Racine man is charged following a shootout near an elementary school on Saturday.

Donterrios Bell, 18, is facing three counts of First Degree Recklessly Endangering Safety in a School Zone, Carrying a Concealed Weapon, two counts of Obstructing an Officer, and one count of Receiving Stolen Property.

Racine Police were dispatched to the 1800 block of Howe Street on Saturday for multiple shots fired. Upon arrival, police engaged in a foot pursuit with the suspect, later identified as Bell. Bell ignored commands to stop running and show his hands. He was eventually decentralized onto the ground.

Bell told police that an unknown man shot him and left in a black Nissan.  The officer chasing Bell said he saw something in Bell's hands.

Upon searching the area, officers located a silver handgun hidden inside a broken TV in someone's yard.

On scene, officers recovered two different sets of spent casings on opposite sides of the street.

A woman called the police to report that she was driving in the 1800 block of Howe Street when her vehicle was struck by gunfire. The woman said that two people were arguing on opposite sides of the street before firing.

Several casings were also located in various driveways in the area. Officers also located three bullet holes in the front of a home.

According to police, Bell is a known member of the Dirty P street gang. The recovered handgun was reported stolen during a burglary on April 23.