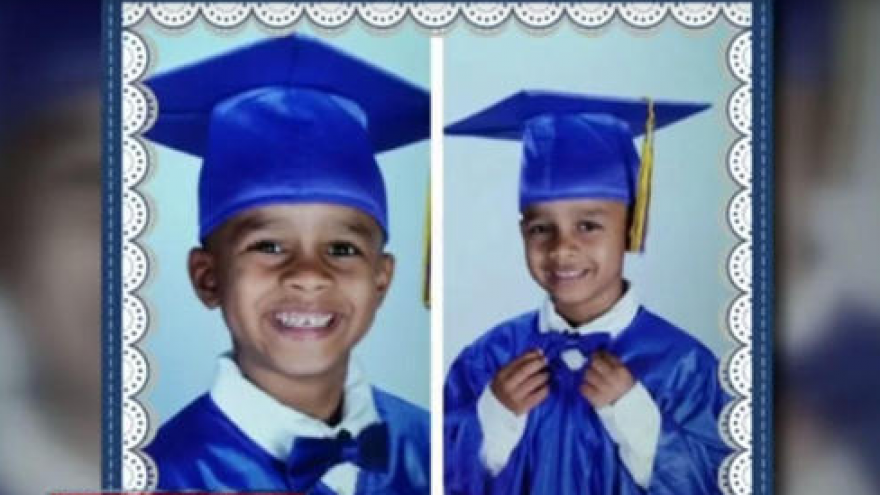 CANTON, Miss. -- A judge on Monday agreed there was enough proof to continue holding three Mississippi teens in the shooting death of a 6-year-old boy, who authorities say was abducted in a car stolen from a supermarket parking lot.

However, lawyers for Wakefield and Washington questioned whether their clients had actively participated in the May 18 death in a way that merits murder charges. Madison County District Attorney Michael Guest said officials could seek lesser charges against them, based on what the evidence shows.

Testimony by Mississippi Bureau of Investigation agent Trent Weeks sketched in some of the details of what officials believe happened. He testified that Wakefield told authorities the three teens went to the parking lot of a Kroger supermarket so Wakefield could sell marijuana to another person. There, Wakefield told investigators, McBride found a car unlocked and running and decided to steal it.

A key point of contention is whether the three knew Frazier was asleep in the back. Weeks testified that Wakefield told investigators that he and Washington didn't know until they had separated from McBride and that McBride called them to say he was going to "off" Frazier. In Wakefield's version of events, Wakefield asked McBride to instead drop Frazier off alive. Later, Wakefield and Washington picked McBride up after McBride abandoned the car on a dead-end road.

McBride, though, gave conflicting statements to investigators, Weeks testified. In one of those statements, McBride said he told Wakefield and Washington that a boy was in the car before he stole it. He said Washington and Wakefield encouraged him, telling him "You've got this, you can do this," according to Weeks' testimony. Also, in one of McBride's versions of events, Weeks said, Wakefield and Washington followed him and that when McBride pulled over on the side of Interstate 55, it was Washington who shot Frazier. But Weeks testified that in a later statement, McBride acknowledged killing the boy.

Tom Fortner, Wakefield's lawyer, dismissed the claims that Wakefield and Washington had accompanied McBride, noting there are two witnesses and two video recordings that support Wakefield's story that he and Washington went elsewhere - after McBride stole the car - to complete Wakefield's marijuana sale.

"There's no evidence to indicate my client participated before the fact in this killing," Fortner said.

Fortner asked McKinley to set bail for Wakefield, but McKinley denied that request. Fortner said it was likely he would appeal that ruling, possibly before the grand jury meets.

Guest said investigators could finish analyzing evidence within the next four weeks, and that he intended to seek indictments between August and October.

"We just want justice for Kingston and his mom and dad because they are still hurting," said Kristy Archie, who identified herself as Ebony Archie's cousin.

Guest said prosecutors will decide after indictments are issued whether they wish to seek the death penalty against McBride. Prosecutors are banned from seeking the execution of Wakefield and Washington because they are younger than 18.