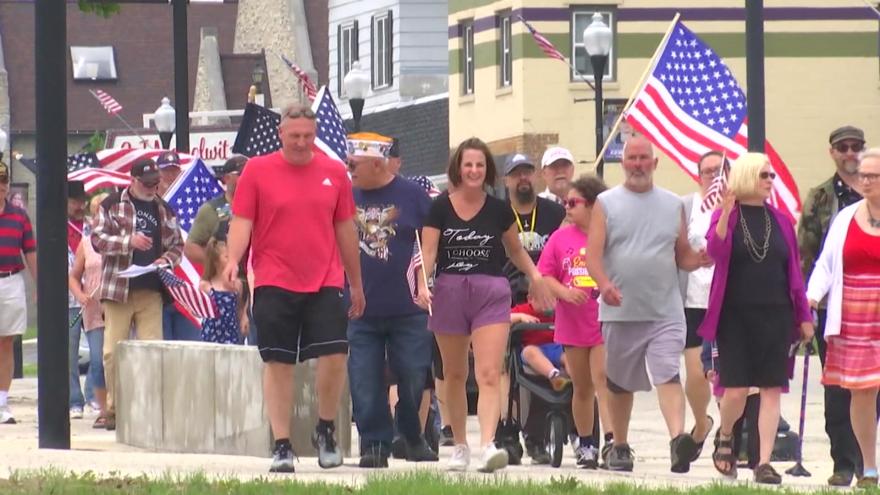 KIEL, Wis. (CBS 58) -- The city of Kiel in Manitowoc County was planning to have a Memorial Day parade, but it was canceled because of a series of bomb threats. The people of Kiel decided they weren't going to let those threats kill their Memorial Day ceremony.

"To wake up every day. Same thing. It's not the same thing you want to wake up to. Mike would get to work and I'd have to either tell him or he'd tell me that there was another bomb threat or something around the lines of causing a stir here in Kiel," said Jon Bos, Kiel resident.

About 100 people met at a restaurant on Sunday and held their own Memorial Day parade. They marched to the veteran's park in town. Then they held a moment of silence for the fallen military members.

Their parade route was similar to the one that was planned by the city. Now, the city to figure out who's making the threats.