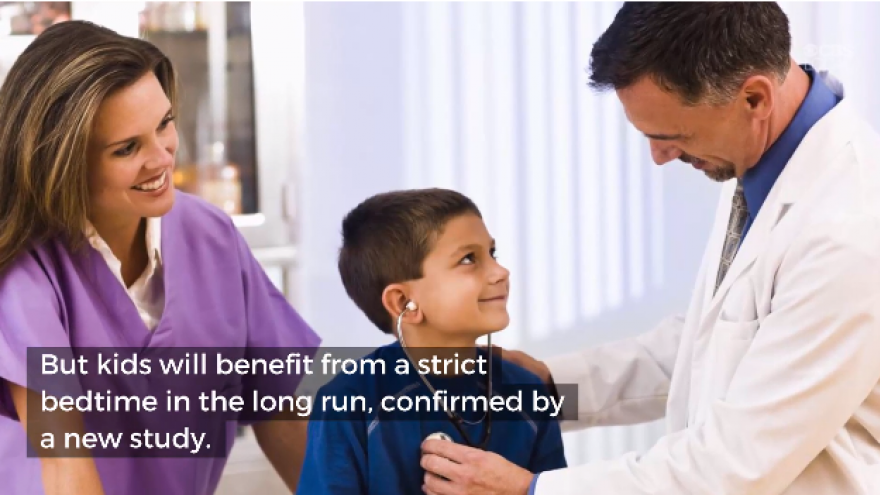 CBS Local – A new, long-term study has revealed that kids with set, regular bedtimes and mealtimes are less likely grow up to be obese and are more likely to be emotionally healthy. The study was conducted by Sarah Anderson, a professor at Ohio State’s College of Public Health.

The study tracked 11,000 kids for more than a decade to pull the data from. They found that when the kids were three years old, just under half had a bedtime. Close to half had scheduled mealtimes and a fifth of them had TV and videos restricted to less than an hour a day. Of those kids, just 6% were obese by 11 years old.

“This study provides more evidence that routines for preschool-aged children are associated with their healthy development and could reduce the likelihood that these children will be obese,” said Anderson.

Of course with technology ever-changing, it’s fairly inconceivable for kids to be screen-less for 23 out of 24 hours in a day, but the point remains.

“Sleep is so important and it’s important for children in particular,” said Anderson. “Although there is much that remains unknown about how sleep impacts metabolism, research is increasingly finding connections between obesity and poor sleep.”

“Recommending regular bedtime routines is unlikely to cause harm,” Anderson said, “and may help children in other ways, such as through emotion regulation.”