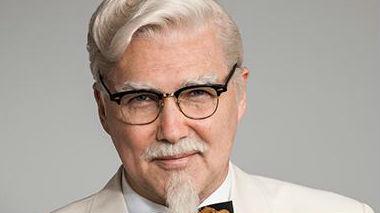 Three months after KFC reintroduced \"Colonel Sanders,\" they have a new actor portraying him. The late founder of the fast food chain had been played over the summer by \"Saturday Night Live\" announcer and former cast member Darrell Hammond.

As of Sunday night, there was a new Colonel in town, portrayed by fellow \"SNL\" alum (and current \"Last Comic Standing\" judge) Norm MacDonald.In the new ads, MacDonald's Sanders claims that the one we've been seeing on TV these past few months is an impostor.

In a press release announcing the change, KFC pointed to the idea that the new ads would drive home KFC as being \"an important part of American families.\" \"Other than not quite looking like him, his voice being different, and his inability to cook the world's best chicken, we thought Norm was the perfect choice to play the real Colonel. I think the fans will agree.\" said Kevin Hochman, the chain's chief marketing officer.

The Hammond ads were hated by one out of five people, Yum! Brands (KFC's parent company) CEO Greg Creed said in May.

KFC has also been responding on Twitter in the voice of the Colonel as part of its fall ad campaign promoting a $20 \"Family Fill-Up\" meal.
Whether this is the \"real Colonel\" or just the latest in a line of \"SNL\" actors to play him remains to be seen.