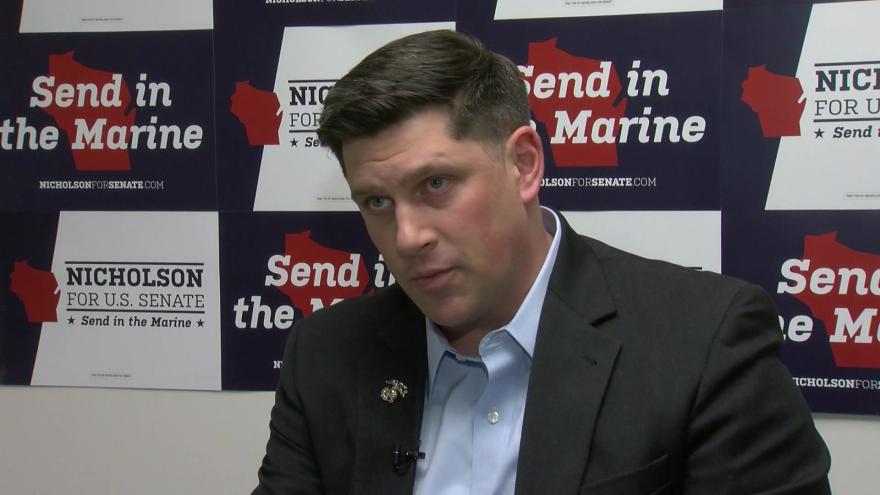 Nicholson said, in part, "It has become clear to me and my team the only path forward for our campaign is attacking the other candidates in the race on the airwaves and running a very negative campaign. While our team has the capability to do that, that is not something I want to do."