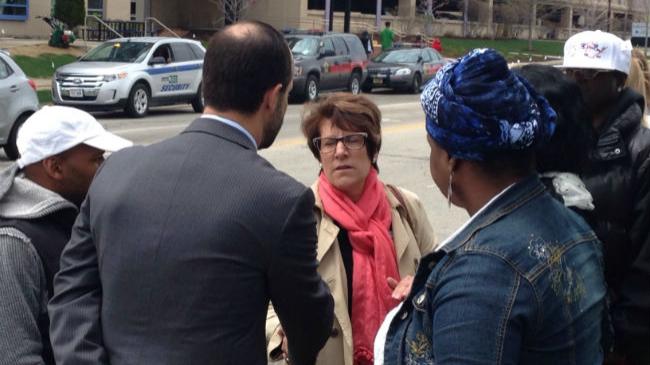 A noon press conference, on May 6, with Kevin Cole's mother along with family and friends outside Children's Hospital called for more transparency in the investigation.

They also say his mother, Tamara, has been denied access to him.

Organizers tell CBS 58, Cole's mother has been trying get answers about her son's condition but hasn't been given an update. Another family member said he's in stable condition. That's why friends and family are stepping in.

They say the family has been denied access to Kevin. They also say his mother hasn't been able to make medical decisions with him.

The family will be joined by others calling for more transparency in the investigation.

Khalil Coleman, one of the organizers who also organized a rally after Cole was shot, says the mother needs help getting answers from the hospital and from investigators.

\"We're talking about issues in Baltimore, issues that happened in Ferguson, we have issues in Milwaukee just like Dontre Hamilton was shot 14 times in a public park,\" Coleman said. \"Now Kevin Cole was shot in the back and nobody says anything. everybody is just waiting, nobody receives proper information, Kevin is a minor.\"

Police responded to the area of 26th and Nash on the City's North Side on April 24 of shots fired. Investigators say they spotted a 16-year-old, and 15-year-old Kevin Cole, both were arrested. Police say Kevin Cole had a semi automatic handgun on him.

\"We don't know anything about that, about him having a gun\", said Kevin Cole's Grandmother Ruthie Cole.

The family is angry at the officer, and they're making some serious accusations.

\"They shot him in the back\", said Tamara Cole.