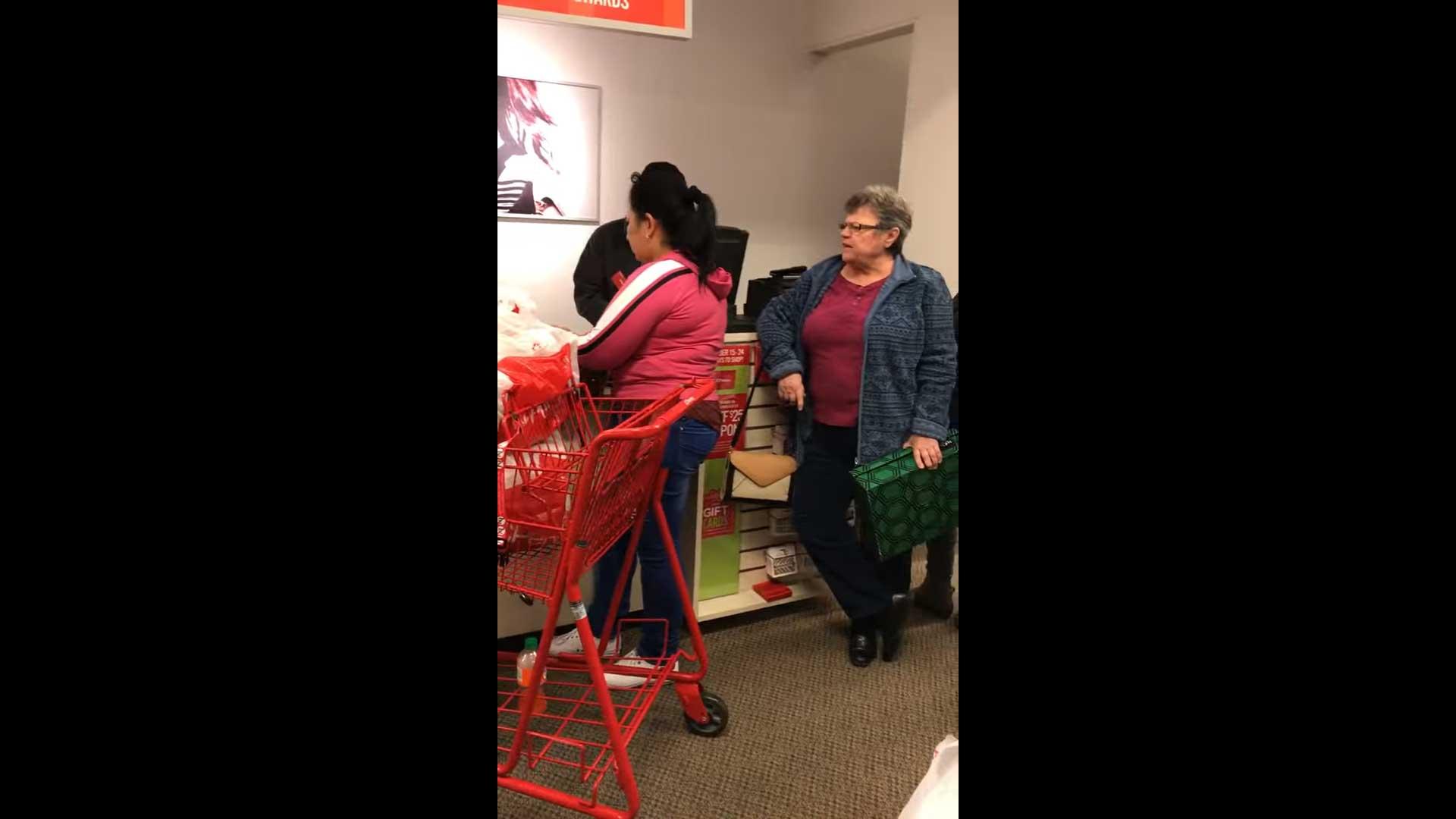 LOUISVILLE, Ky. (CBS NEWS) -- A Louisville mall is banning a woman caught on video screaming racist and vulgar insults at another holiday shopper.

The video of the unidentified woman shouting “go back to wherever the (expletive) you come from, lady” in a check-out line at the Jefferson Mall spread quickly on social media Tuesday. By Wednesday, it had been viewed more than five million times.

The mall issued a statement on its Facebook page saying that it is working to identify the woman and bar her from returning.

The white woman screams at the two women that they’re “nobodies,” ‘’probably on welfare” and tells them to learn to speak English.

“This is not who we are, and on behalf of our community, I apologize to the two women who were treated in such a horrible way,” Mayor Greg Fischer said in a statement.

“This incident could rise to the level of criminal conduct,” Jefferson County Attorney Mike O’Connell said.