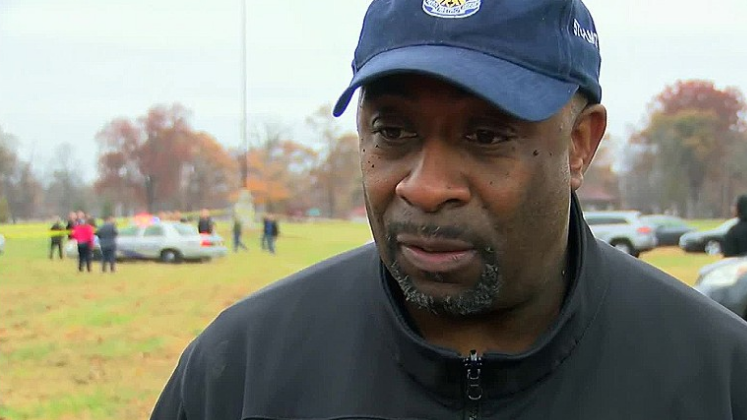 The shootings, shortly before 2 p.m., happened during what locals know as the annual Juice Bowl, which fills Shawnee Park with children and adults for a series of holiday football games, CNN affiliate WAVE reported.

The city's mayor, who was about 200 yards from the gunfire, was safely whisked away by security.

The FBI and the Bureau of Alcohol, Tobacco, Firearms and Explosives have joined the investigation into the shootings, according to WAVE.

The gunmen got away and the motive for the shootings was unclear, according to Dwight Mitchell, a spokesman for the Louisville Metro Police Department.

Four people were rushed to hospitals. Their condition is unknown but Mitchell described their injuries as not life threatening.

"This is very tragic," Mitchell said. "I'm saddened. We've had over 100 homicides in our city... It is a day to be thankful and we're thankful that more people were not hurt."

Relatives and friends of the dead and wounded could be seen crying inconsolably, according to video shot by WAVE. They tried to get by police tape that crisscrossed the shooting scene but were held back.

Police vehicles were scattered across an open field. A football game continued on another stretch of the vast field.

A video posted on Facebook moments before the shootings showed groups of men drinking and smiling around an oil drum barbeque. Screeching tires could be heard before bursts of gunfire sent people cowering.

Mayor Greg Fischer was about 200 yards from where the shooting erupted, mayoral spokesman Chris Poynter said. Fischer was whisked away by his security detail.

"We've had the annual Juice Bowl event going on for decades," Poynter said. "It's a family event. It's a festive atmosphere now marred by senseless violence."

In a Facebook message, Fischer wrote: "To have people with guns so disrespect life, Shawnee Park, and neighborhood tradition is sad and has no place in our city."

"Witnesses who remain silent, as has been the case with too many shootings in the past, will solve nothing," he wrote.

Donna Grimes told WAVE her grandfather and his friends started the Juice Bowl tradition 50 years ago. Hundreds of people would gather in the park before Thanksgiving dinner. The event was a family affair.

"This is the first time ever (that) shots were fired," Grimes told the station.

The dead and wounded were sprawled across the grassy field, she said.

"It does not make sense," Grimes said of the violence.

"Locking these guys up don't mean nothing. Send them to fight the war since they want to shoot some guns. It's a sad time for Thanksgiving and it's a sad day for the Juice Bowl."