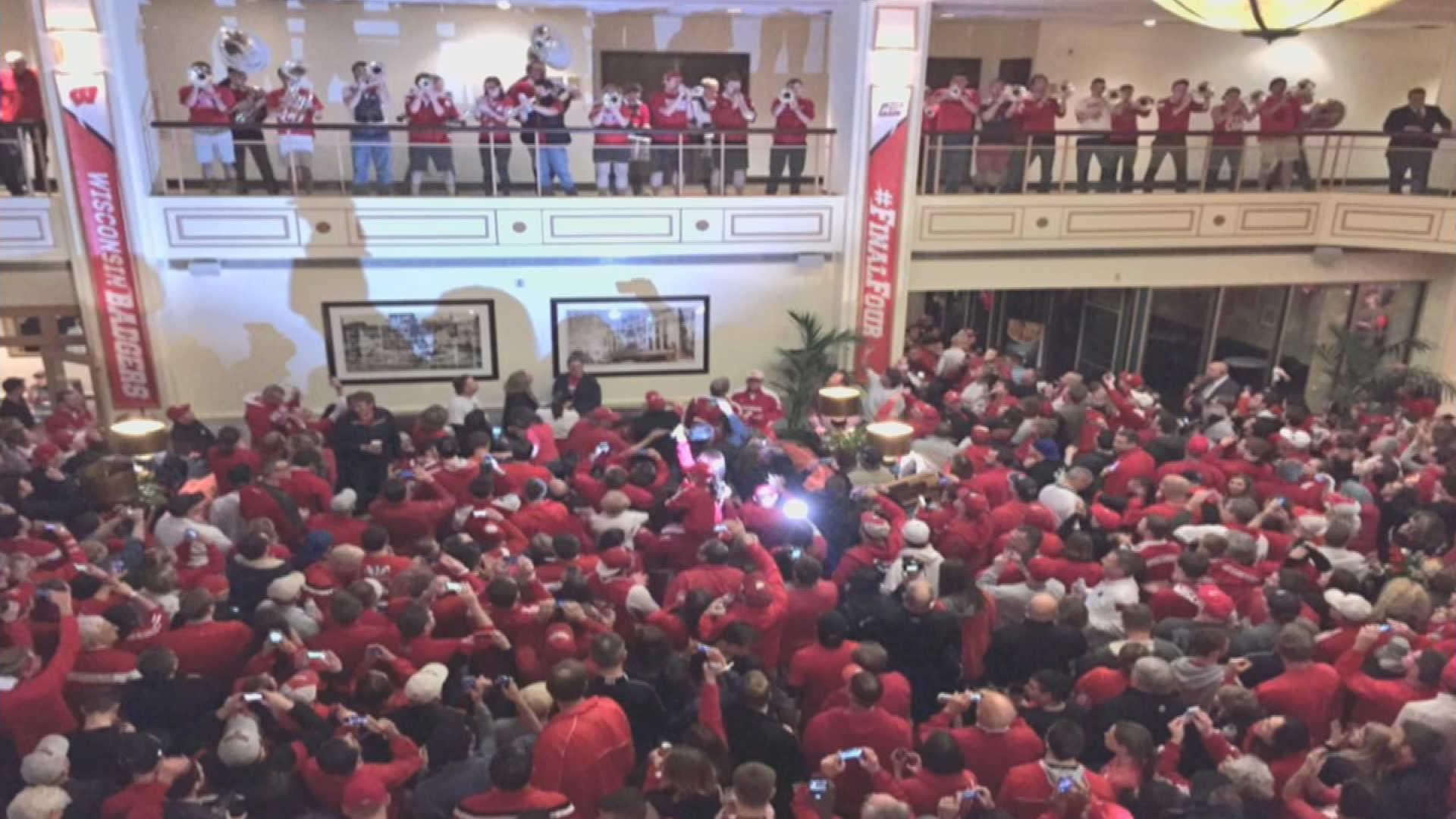 (CBS SPORTS) As you might expect, Kentucky fans did not take the loss to Wisconsin well.

Kentucky.com and other reporters on the scene in Lexington started reporting on the madness from State Street in the early hours of Sunday morning.

At least three were injured and around 30 were arrested, according to media reports.

They appeared to be in a much better mood, especially the ones in Indianapolis who gathered at the team hotel to celebrate - and the team noticed.