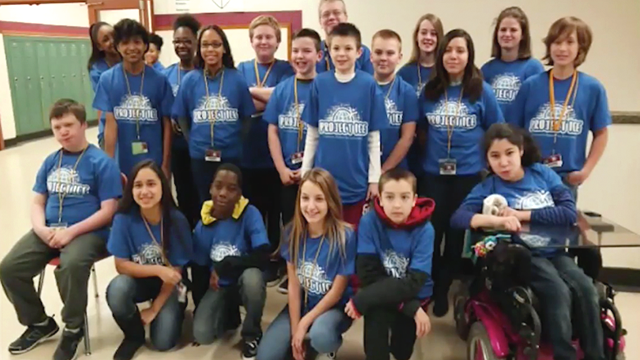 Lincoln Middle School of Kenosha has been named a national finalist in the Samsung Solve for Tomorrow Contest, earning the school $40,000 in technology from Samsung.

The Lincoln Middle School Project ICE team is one of 15 national finalists competing for one of five top spots and an addition $120,000 in technology for their school.  The team and their teachers will present their video and concept to a panel of judges, who will evaluate the student’s project on video content, student engagement, the ability to answer questions about the project, and the impact the project has on the community.

The students will also be competing for the “people’s choice” award.  The public can vote for their favorite project via Twitter and Instagram, just use the hashtag #SamsungSolveLMS. Voting is open until April 1st. The Lincoln Middle School Project ICE team focused on the effect of road salt on our community's wildlife, vegetation, soil, and water. In December, The project won Lincoln Middle School the state title and an additional $20,000.

For more information on their project, head to http://www.samsung.com/us/solvefortomorrow/finalists/