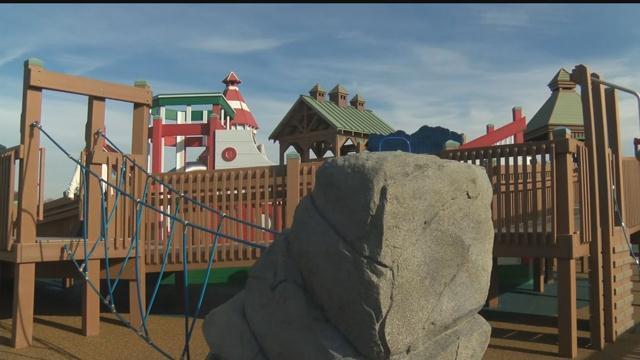 Kenosha's Dream Playground re-opened on Thursday after eight months of being closed.

This is the park specifically designed to include children with mobility issues.

The one year anniversary of Kenosha's Dream Playground was on October 10.

There was supposed to be a celebration, but the playground hadn't re-opened yet as work continued replacing the floor.

City crews sprayed down the sidewalks surrounding the entrance to the Dream Playground.

What had previously not passed safety testing has been completely replaced and retested.

The Midwest Street Machines Car Club of Kenosha made a donation to the playground on Thursday.

"The little inspiration child who inspired the project had on the top of her Christmas list was for Santa to open the dream playground. And she told me yesterday 'I gotta cross that off',” said the founder of Dream Playground.