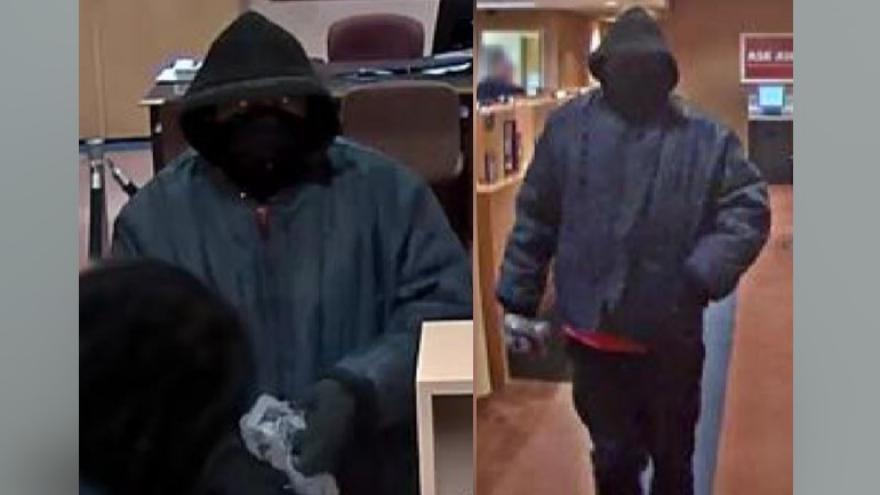 Authorities say the suspect entered TCF Bank around 6 p.m. on Nov. 8, and handed the teller a note demanding money.

The suspect implied that he had a weapon and fled the bank with an undisclosed amount of money.

The suspect is described as a black male in his late 20's, standing 6' tall and weighing about 200 pounds and wearing a gray winter jacket with a hood, black pants, red shirt, gloves and face mask.

Anyone with information is asked to contact the Kenosha Police Department Detective Bureau at 262-605-5203 or Kenosha Area Crime Stoppers at 262-656-7333.