KENOSHA, Wis. (CBS 58) -- Kenosha Police have taken a 17-year-old into custody, believed to be responsible for posting the threat against Indian Trail High School and Academy on social media.

Detectives are also questioning a second 17-year-old in relation to the incident.

The police department believes the threat was not going to be carried out and no evidence has been recovered to suggest otherwise.

Kenosha Unified School District has confirmed that all schools will be in session on February 2, including Indian Trail High School and Academy.

Charges against the 17-year-old ahve been referred to the Kenosha County District Attorney's Office.

KENOSHA, Wis. (CBS 58) -- Police are still trying to figure out who made the threat Wednesday night against Indian Trail High School and Academy in Kenosha.

Students CBS 58 spoke to said they were surprised that a threat would be made against the school, "I'm scared because I just can't think about what would happen if we didn't find out," said Damaris Cazares.

The School District said they were notified about the threat at 11 p.m. Wednesday night and at 4 a.m. Thursday morning made the decision to cancel school.

The threat said they were planning on "shooting up the school" and was posted on Snapchat.

Some students said they didn't know that school was canceled, "I thought I was late today. I was rushing trying to speed on the road and I got here and something felt weird," said Nicholas Wiley.

The School District is still deciding whether or not school will be canceled on Friday as well.

Last week another school in Kenosha Unified School District, Lance Middle School, dealt with a bomb threat but school was not canceled.

"Because this is an isolated incident, this only applies to Indian Trail. We appreciate everyone’s understanding and support as we continue to work with the Kenosha Police Department to find the source of the threat and ensure the safety of all students and staff," the KUSD released in a statement.

The District stated that a decision for Feb. 2nd would be made as soon as possible pending on the investigation, but will be released no later than 5 a.m. Friday morning.

The school district confirms the below Snapchat post is what caused officials to cancel classes. 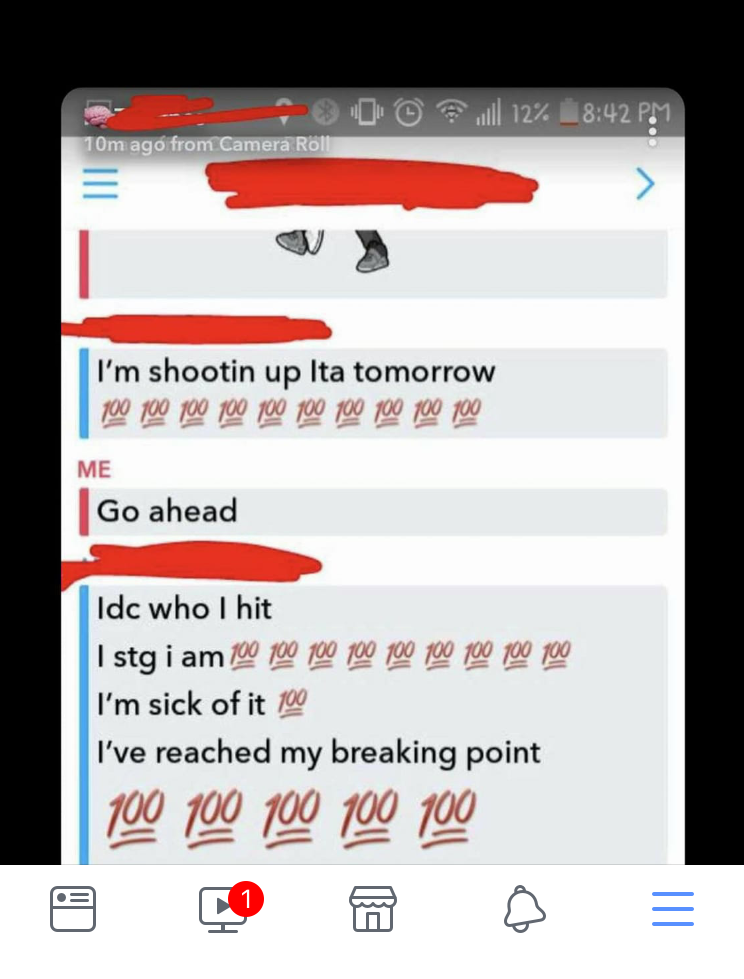 KENOSHA, Wisc. (CBS 58) -- The Kenosha Police Department is currently investigating an online threat made against the Indian Trail High School and Academy.

The Kenosha Unified School District stated in a Tweet that the district was working with police and would have a decision whether school would be closed by 5 a.m. Thursday, Feb. 1st.

Follow CBS 58 on-air and online for updates on this developing story.