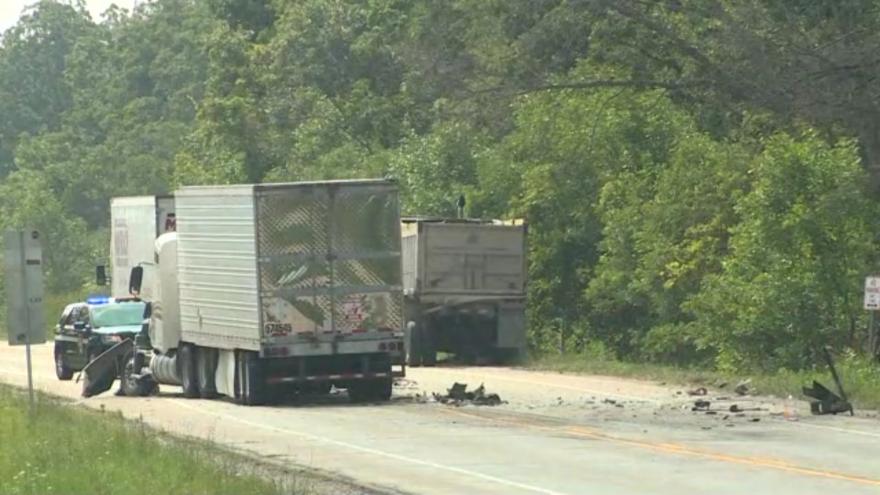 Authorities say the crash occurred on the 29000 block of STH 142 Friday afternoon, closing off the entire highway.

That stretch of STH 142 remains closed while the crash site is investigated.

The Kenosha Sheriff's Department asked the public to avoid the area and use alternate routes.

This story has been updated to say the Kenosha County Sheriff's Department is investigating the crash, not the Kenosha Police Department.