Kenosha police chief to retire at end of April 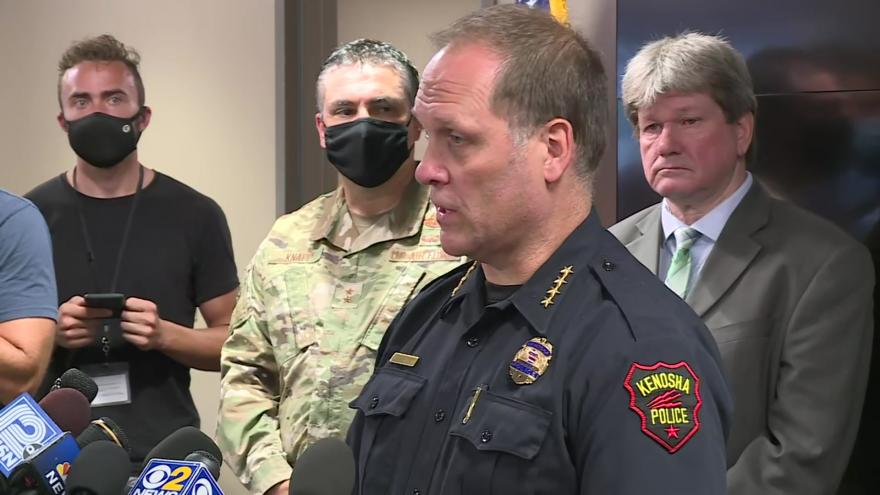 Miskinis has been chief for the last five years, and with the department for more than 20.

He's faced criticism over his department's response to the police shooting of Jacob Blake, which sparked nationwide protests.

It's unclear if that has anything to do with his retirement.

He will retire at the end of April.

"Last week I notified Mayor Antaramian that I would be retiring at the end of April," Chief Miskinis said. "When I was appointed to the positive of Police Chief I gave a (five) year commitment, which has rapidly passed. The Kenosha Police Department is full of dedicated, talented, and service-minded people. It is a department that has been my home for nearly 25 years of my law enforcement career that began in the 80's. It is a department to be proud of and one I will miss."

Miskinis said he will remain committed to public safety and will work with city administration to see that the department leadership transition is smooth.

"I have absolute trust in the men and women of the KPD and know that they will continue to bravely serve the community and will remain committed to our mission and striving for success," he said.

Miskinis' retirement will be effective May 1.

"Dan is a strong dedicated leader and provided leadership during a very tough six months of law enforcement in Kenosha, from having an officer being shot, the officer involved shooting and the death of a sergeant, albeit off duty it was a major loss to the department," Morrisey said.

"I have a unique experience having served in that position, unfortunately some people tend to judge based on one incident instead of his 37 years of dedicated service," Morrissey said.