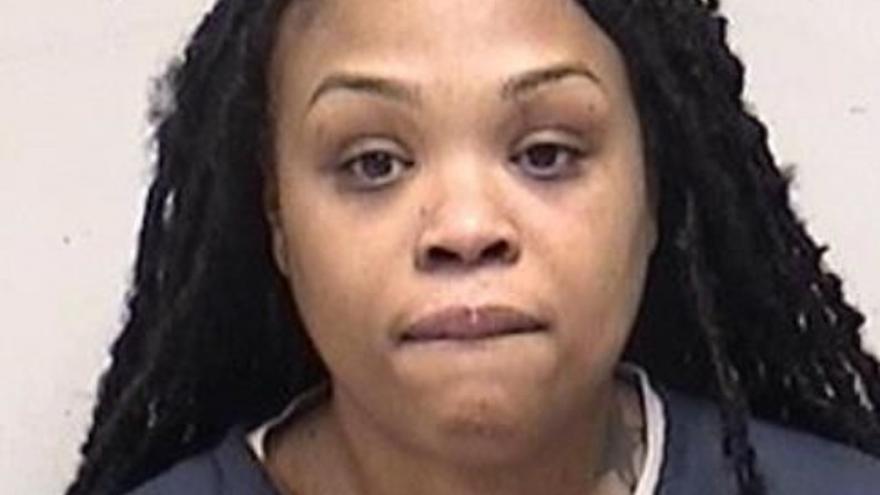 Officials say it happened while the two parents sat in the school parking lot waiting for their children to get out of school on Monday, March 21.

According to a criminal complaint, a man called police and stated while he was sitting in his vehicle in the student pickup line, a white Mercedes SUV almost hit him and parked in the crosswalk in front of him. The man stated he told the driver, later identified as Arnold, that she almost hit his vehicle and she could not park there.

Arnold allegedly replied she would only be a minute and that it was not a big deal. The man told officials he told Arnold he did not care about the time because she almost hit him.

According to the criminal complaint, Arnold allegedly responded by saying, "you will care when I shoot you." Arnold then reportedly opened her car door and pulled out a small silver handgun and pointed it at the man.

The complaint says Arnold retreated back to her vehicle and drove off. The man took a picture of Arnold's license plate and sent it to investigators.

Police were dispatched to Arnold's apartment. There, she reportedly admitted going to the school to drop off her daughter's clothes for a sports practice and said the gun "was a toy," and the other parent threatened her. Officials say Arnold also stated she had a concealed carry permit.

Police told Arnold she was under arrest, and Arnold allegedly tried to close the door on officers. She allegedly refused arrest and laid herself on the stairs and held onto a railing.

Arnold was eventually placed in handcuffs and taken into custody.

The complaint says a search warrant was executed and located inside the white Mercedes SUV was a .9mm pistol.