Kenosha Plows Could be Sent Out Earlier, Under Resolution 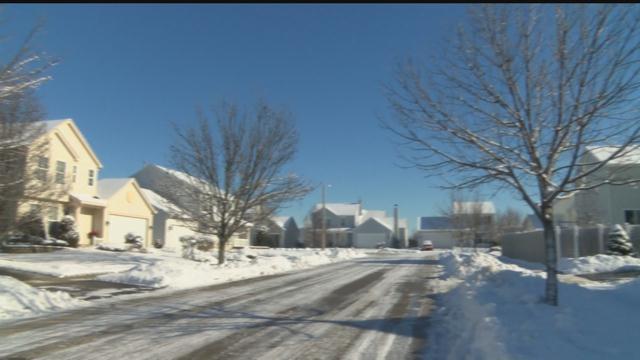 Four inches of snow. Any less than that in parts of Kenosha means you won't see a plow clearing your street. But that policy could be changed in the near-future.

A group of alderman are proposing that two inches of snow should be enough to send out plows currently under the four inch rule.

"So you can see that there's a great portion of the city that doesn't have any color on it which means it doesn't get salted or plowed until we hit that current 4 inch mark," 17th District Alderman David Bogdala said while looking over Kenosha Public Works plow schedule maps.

"Those people will not see a plow. And those are taxpayers and people that have certain expectations. They're paying for it and they're not getting those services," Bogdala said.

Bogdala is the author of the resolution that would revise the city's snow policy. Under the plan plowing would start at 2 inches of snow on side streets, all roads would be salted, and plow driver schedules as well as their equipment would be re-evaluated.

Currently the resolution is supported by a number of other aldermen including G. John Ruffolo, Steve Bostrom, Rhonda Jenkins, Rocco LaMacchia, Curt Wilson, And Daniel Prozanski.

Nine aldermen are required to pass a resolution in Kenosha.

"When the weather drops like it did last night - know you're talking about ten degrees or colder - those streets would then become hard packed and become covered in ice. It becomes very, very dangerous and slick and people can't get out."