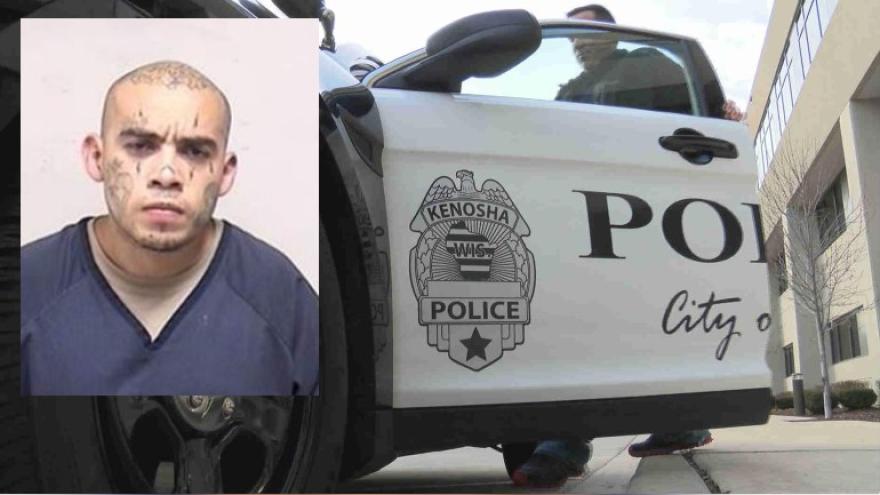 Garcia was wanted for armed robbery of the San Luis grocery store in Kenosha.

Last month, he triggered a SWAT response when authorities believed they had located him in the area of 53rd and 19th Avenue, however he was able to escape the area.

Police say Garcia was arrested Tuesday, June 21 after Cudahy police located him in the city of Milwaukee.

He is currently in the Kenosha County Jail.

KENOSHA, Wis. (CBS 58) -- Kenosha police say it is now safe for those in the area of 53rd and 19th Avenue to return to the neighborhood or come outdoors. Earlier Wednesday, officers asked the public to stay out of the area due to a subject who was possibly armed and barricaded.

The department says they had received a tip that 34-year-old Ricardo Garcia, wanted for an armed robbery, was at a home in the area. Police responded and surrounded the house along with Kenosha SWAT.

After hours of verbal commands to exit the house, SWAT conducted a search of the residence, but Garcia was not located. It is believed that he exited the home before it was completely contained.

Anyone with information regarding Ricardo Garcia's whereabouts is asked to contact police at 262-605-5203 or call Kenosha Area Crime Stoppers at 262-656-7333.

KENOSHA, Wis. (CBS 58) -- Kenosha police are asking the public to avoid the area of 53rd Street and 19th Avenue due to a possible "armed and barricaded subject."

In a post shared on social media Wednesday afternoon, May 25, the police department asked neighbors to stay indoors until an official all-clear is given.

KPD in area of 53rd Street and 19th Avenue. Possible armed and barricaded subject. As precaution asking neighborhood to stay indoors until all clear is given by official KPD social media source.