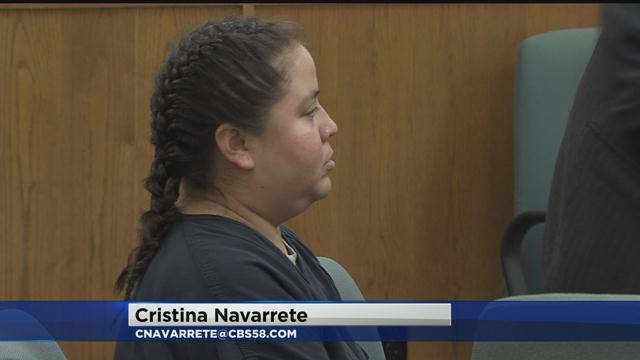 The mother accused of killing her two children as revenge against her estranged boyfriend appeared in court in Kenosha on Thursday.

It’s a case that we have been following for months, the last time we were in court we heard the chilling details of how Alavarez Hernandez ended the life of her 3 year old daughter and 1 year old son the mother appeared emotionless in the Kenosha court this morning.  The defense stated they needed more time to review the evidence and are still waiting for Alvarez Hernandez's toxicology results. We reached out to the defense attorney to find out what specific evidence needs to be reviewed but they had no comment. Meanwhile the prosecuting attorney did have a few words.

Hernandez told Police she committed the crime on September 12 because she was having relationship problems with her partner and father of the children. He discovered the lifeless bodies of his two children after coming home from work. Lucia Hernandez had stab wounds on her arms after a failed suicide attempt