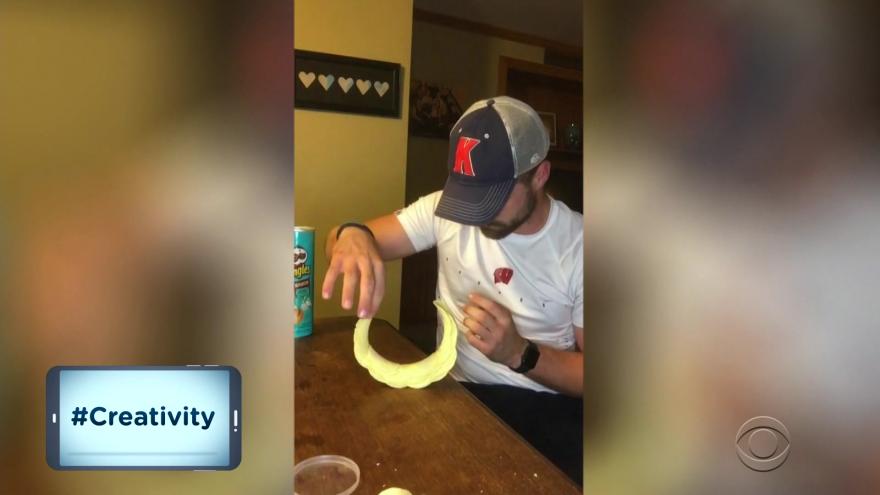 Jordan Littel of Kenosha showed off his potato chip skills in a Tik Tok video.