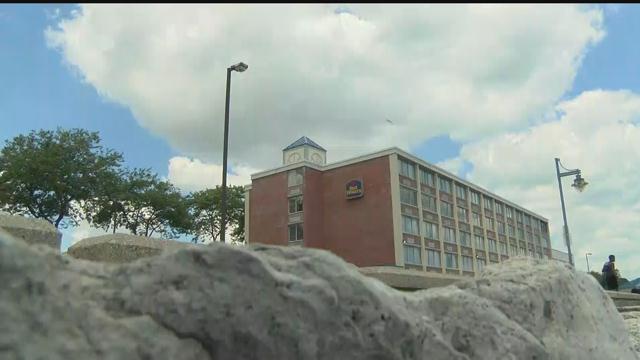 A hotel in a great location in downtown Kenosha is shut down by the fire department and some people are upset about it.

This hotel is right on the waterfront in downtown Kenosha, and some people call this location in absolute gold mine.

The Kenosha fire department says it's what they found inside that caused them to shut this place down.

Things like exposed wires, blocked fire exits, and even in an illegal apartment in the basement.

"On the lower level… we found an apartment… an illegal apartment that was walled off inappropriately with no windows with no proper ventilation,” said a fire official.

This is the only hotel in downtown Kenosha and the fire department says it has taken plenty of heat from people as far away as California who are upset they can't stay here over the Fourth of July weekend.

This is the second time in 18 months the fire department has shut down this hotel.

The Kenosha Fire Department says with the backing of city officials it will not allow the hotel to re-open until construction on the fourth floor is done and every square inch of the building is up to code.

"There is no compromise on this one,” said a fire official.

A hotel official declined an interview, but did say they intend to fix the problems and re-open.