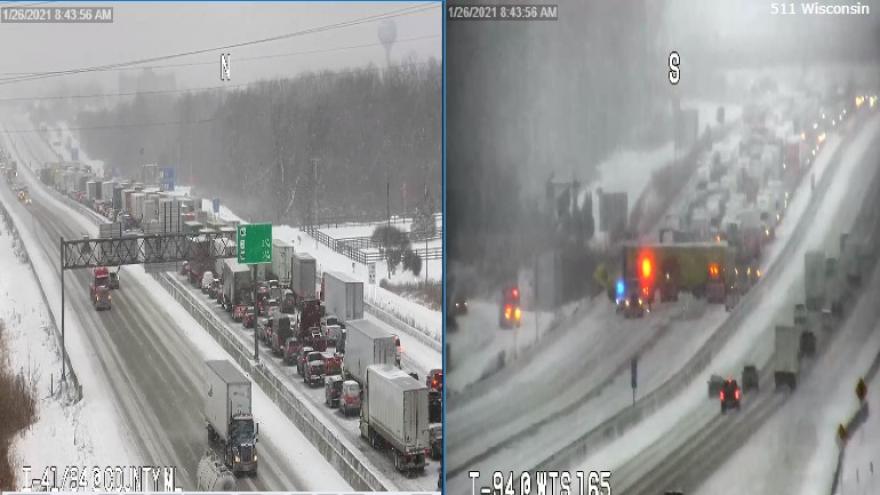 Around 8 a.m., the department assisted the Wisconsin State Patrol by blocking traffic in the 12200 block of I-94 northbound for two semi-tractors that jackknifed. Officials say the Interstate shut down and traffic was diverted for over an hour.

Around 9:30 a.m., KSD deputies investigated a second crash involving two semi-trucks that jackknifed on I-94 at STH 158 Northbound. The interstate was shut down for about one hour, according to a news release.

Around noon, there were no road closures in Kenosha County due to the snow storm. The roadways remain hazardous and slippery. KSD deputies urge the community to exercise extreme caution when traveling.