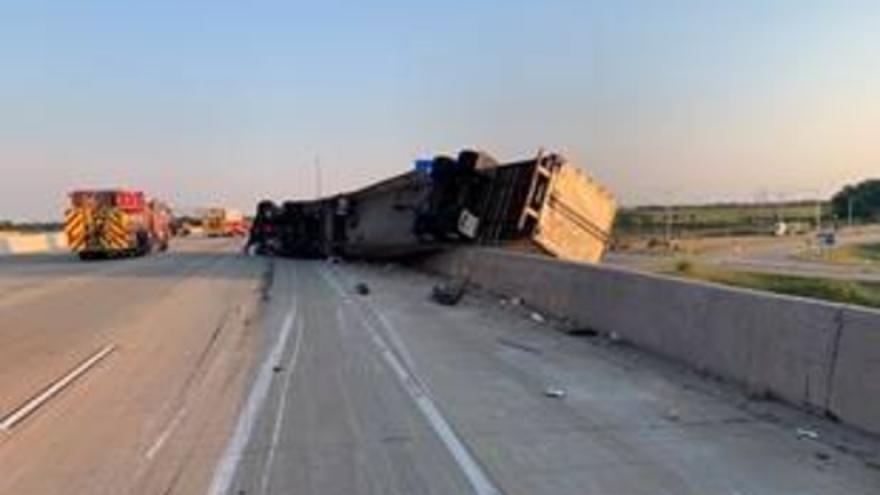 KENOSHA COUNTY, Wis. (CBS 58) -- A 56-year-old Iowa man was arrested for OWI after officials say he caused a crash with a semi in Kenosha County, injuring multiple people.

According to the Kenosha County Sheriff's Department, the semi-truck driver -- a 65-year-old Kenosha man -- stated he noticed a Buick LeSabre veering toward him as they both were driving southbound. The semi-truck driver swerved to avoid a crash, causing the semi to strike the west retaining wall and flip onto its side.

The semi-truck trailer was partially hanging over the retaining wall and spilled contents inside onto the interstate.

The sheriff's department said three passengers of the Buick, and the semi-truck driver were transported to a local hospital for treatment of their injuries.

The operator of the Buick, identified as a 56-year-old man from Waterloo, Iowa, was arrested for OWI causing injury and taken to the Kenosha County Jail.

The southbound lanes of I-94 were shut down for several hours while the crash site was being investigated and cleaned up.