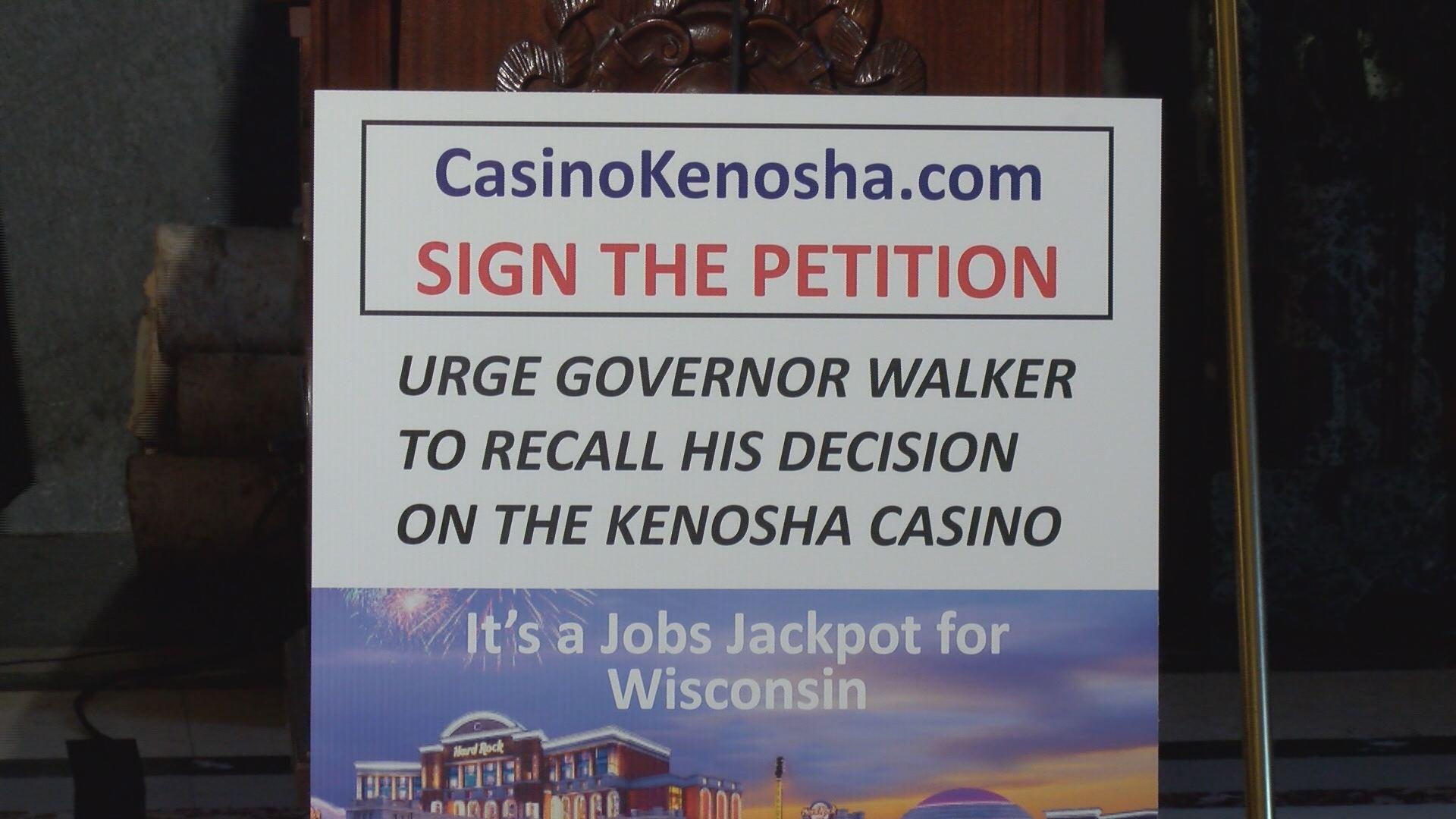 It's not too late, that's the message Kenosha casino supporters are sending to Governor Scott Walker.

\"There is still time for our Governor to right this wrong for all of Wisconsin.\" said vice chair of the Menominee Tribe, Crystal Chapman-Chevalier.

Local and state officials backed up her and other Menominee Tribe leaders Thursday at a press conference in Madison. They are asking for Governor Walker to change the decision he announced last week when he denied the Kenosha casino. Walker had already said Wednesday; efforts like this may not make much of a difference.

\"Once we gave that notice to the Bureau of Indian Affairs my understanding is, and again we'll verify that, is it's like signing a bill. You don't get to go back and unsign a bill.” Walker said.

We reached out to the Bureau of Indian Affairs to clear this up, but did not hear back before our deadline.

Kenosha Mayor Keith Bosman is warning the Hard Rock project could split from the Menominee Tribe, and move to Illinois. He says that could end up costing Wisconsin and Milwaukee's Potawatomi casino millions.

\"Waukegan has wanted a casino for as long as we have, this paves the way for that.” Bosman said.

Waukegan is an Illinois town just south of the state line, and about 20 miles south of the proposed casino site in Kenosha. Bosman says new Illinois Governor Bruce Rauner is more open to approving casinos than the state's former governor, Pat Quinn. In an email, a spokesperson for Rauner wrote, \"Governor Rauner will carefully consider any legislation that crosses his desk and believes decisions on gambling should be done in close consultation with the local communities.\"

Bosman said Thursday, \"Governor Rauner I'm certain is not going to sit down and write a check to make the Potawatomi whole for whatever they lose from the competition from the casino right across the border in Illinois.\"

We reached out to the mayor's office in Waukegan to find out if there are any plans to lure the Hard Rock project down there, we didn't hear back. The Hard Rock declined to comment on this story.