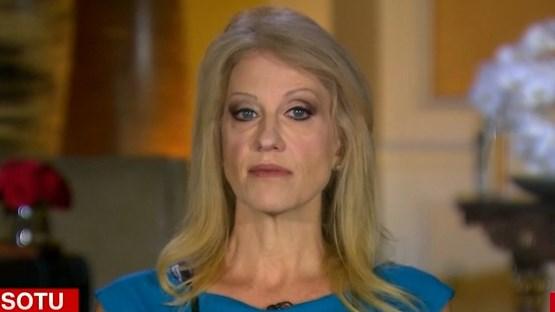 The transition team said Conway, the first female campaign manager to win a presidential race, will work with White House senior leadership on messaging and to help execute the administration's legislative priorities.

"In her position, Conway will continue her role as a close adviser to the President and will work with senior leadership to effectively message and execute the Administration's legislative priorities and actions," the Trump transition said in a statement.

Conway's role would be similar to Karen Hughes' position in the Bush 43 administration -- placing her close to the President, and handing her responsibility for much of the big-picture communication duties for the White House, a transition source told CNN's Jim Acosta.

Trump praised Conway in the announcement, calling her "a trusted adviser and strategist who played a crucial role in my victory," adding she has "amazing insights on how to effectively communicate our message."

Conway said in the statement that she was "humbled and honored to play a role in helping transform the movement he has led into a real agenda of actions and results."

A veteran pollster, Conway was a fixture in Trump's inner circle after joining the campaign in early July.

She took over as campaign manager after Paul Manafort's departure and a period of tumult in August, following the conventions. She played a critical role in organizing the campaign's operations and was a near-constant presence on television and social media as she helped craft the Trump campaign's message.

Prior to joining the Trump campaign, Conway headed a super PAC that supported Sen. Ted Cruz's 2016 presidential bid, called "Keep the Promise I." Though she became one of Trump's most trusted advisers, Conway had previously criticized Trump for having "built a lot of his business on the backs of the little guy."

Nevertheless, Conway emerged from the campaign as an indispensable part of Trump's coterie. She had publicly debated about the possibility of taking a job in the Trump administration, and expressed some concern about having time for her four children and making full-time move from New York to Washington.

Still, Conway made clear that she was interested in serving in some capacity, saying at an event hosted by Politico in early December.

"In terms of going into the West Wing, I will do whatever the President-elect and the vice president-elect ... believe is my best and highest use for them," she had said.