"Keep The Change" Signs Go Up in Milwaukee to Curb Panhandling 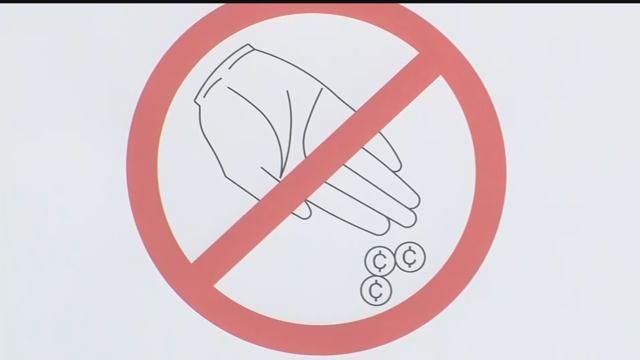 Keep the change. Don't give it to a panhandler.

That's the message of a new program that was launched Wednesday in Milwaukee.

The programs urges folks to instead donate to charities specifically dedicated to the homeless.

Signs will go up at businesses or intersections where panhandling has been identified as a problem.

Alderman Bob Bauman says this is a safety issue.

"We want to be sensitive on this issue," Bauman told CBS 58 News. "We don't want to be punitive. But, by shutting off the flow of money, at least the panhandling aspect of the homeless problem, it'll hopefully mitigate and dissipate."

Supporters say this is in response to community concerns with the focus on finding a positive solution.